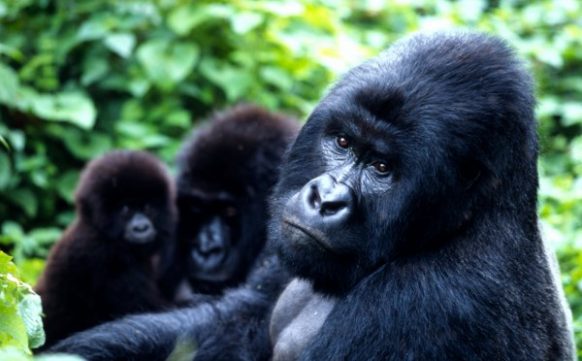 This 3 Days Uganda Gorilla Trekking Safari to Bwindi and Recreation tour on Lake Bunyonyi is a 2days/3 day Uganda safari Gorilla Trek in Bwindi Impenetrable National Park offering you a rewarding encounter with the critically endangered mountain gorillas in the hilly forested landscapes of Bwindi dubbed the Impenetrable and thrilling romantic recreation at Lake Bunyonyi whose 29 Islands have earned it a dub as the Lake of a thousand Islands. With a minimum of 400 Mountain Gorilla population which is close to half of their entire world population (880) of which twelve groups are habituated for trekking, Bwindi Impenetrable National Park has positioned itself as an ideal Uganda gorilla safari destination. This gorilla safari destination is positioned in the southwest of Uganda stretching over a geographical coverage of 321 Sq. Km standing at an elevation of 1,160 – 2,607 Km above sea level. Bwindi Impenetrable National Park comprises 32,092 ha appearing as one of the largest East African areas that still feature Afro montane lowland forest which is credited to have survived the last ice age making it an ideal habitat for a myriad of Species and noted to have the great density of trees at its respective average in the whole of East Africa. The diversity of Bwindi Impenetrable National Park can be witnessed in the range of Species that it supports. There are more than 163 species of trees, over 140 Species of fern along with other taxa. Sixteen (16) Species of this flora are limited to the southwest of Uganda including Lavoaswynnertonii which is threatened globally. The forest also supports 214 species of birds, 7 species of diurnal primates, over 120 species of mammals, and 202 butterfly species. Significantly to note is that Bwindi Impenetrable National Park is a habitat to nine (9) globally threatened including the mountain gorilla, l’Hoest’s monkey, common chimpanzee, African giant swallowtail, Chaplin’s flycatcher, African green broadbill, Grauer’s rush warbler, cream-banded swallowtail, and African elephant. 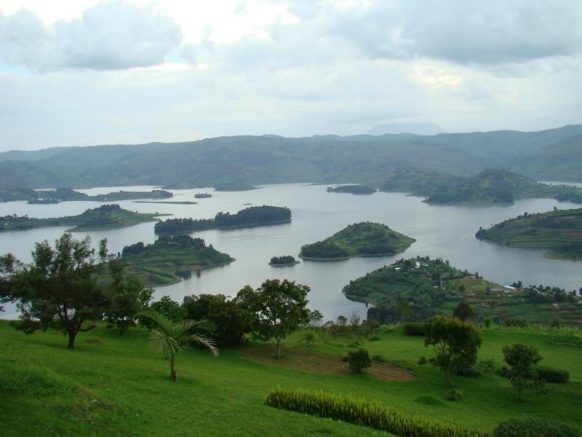 Lake Bunyonyi literally translated as the place of little birds is positioned in between Kisoro and Kabale to the south of Bwindi Impenetrable National Park. It is positioned at 1,962m above sea level stretching 25km in length and about 7km in width. Lake Bunyonyi is given as the second deepest Lake in Africa, Amazing about Lake Bunyonyi is its count of 29 Islands that do not exist in any other water body in the region. The main Islands include the Bushara, Kyahugye, Akampane, Bucuranuka, and Njuyera. The surrounding Kigezi Highlands present magical scenic views ideal for sightseeing. 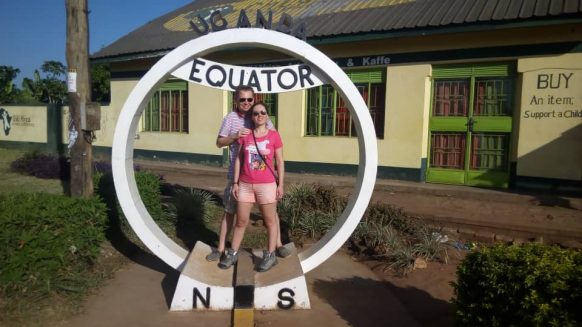 After breakfast, embark on the transfer to Bwindi Impenetrable National Park. You drive to the country’s south west heading for 527km journey taking about 8 -10 hours’ drive. You drive through the traffic of Kampala and connect to Masaka road on smooth tarmac driving for 77km to make a stop at the Uganda Equator crossing Kayabwe where the world’s main latitude that partitions the world into the northern and the southern hemisphere can be encountered. It is a unique geographical site where water experiments can be carried out to justify the geographical divide between the north and the southern hemispheres. You have an opportunity to take magical photos with one leg in the north hemisphere and another one in the southern hemisphere. Retreat from the break and continue on the drive to Bwindi. A traditional lunch stop can be made at Igongo Cultural Center 12km from Mbarara for a local cuisine prepared in modern setting and served in standard utensils. The food is organically grown and freshly served. Continue on the drive welcomed by the fascinating Kigezi Highlands arriving in Bwindi Impenetrable National Park in the evening for relaxation, dinner and overnight

Day 2 of the 3 Days Uganda Gorilla Trekking Safari to Bwindi and Recreation tour on Lake Bunyonyi: Undertake Mountain Gorilla Tracking in Bwindi Impenetrable Forest and transfer to Lake Bunyonyi for an evening boat ride and relaxation 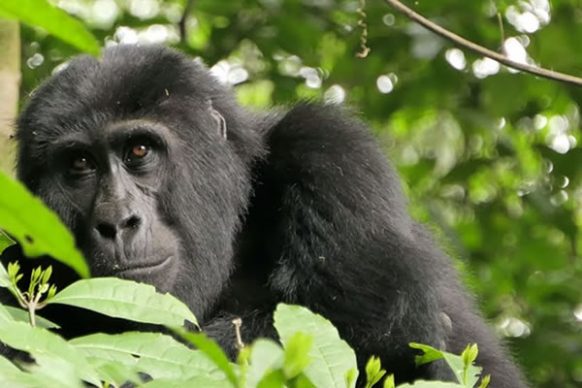 This is a great day that will mark your re-union with your long lost cousins – the Mountain Gorillas. You gather at the respective park headquarters for briefing in the morning at 8am where you are also allocated the respective gorilla families to track. From here, you head to the forest in the company of the armed ranger guides that will lead you up the gorillas. The walk is beyond the ordinary as it involves traversing the dense jungle whose thickness would at some points necessitate using a machete to make a path, hiking the challenging landscapes some of which are steep and slippery at times under the canopy of the mature forest which forms darkness even during the day. You are treated to the impressive bird songs and beautiful flowers through the experience. The encounter tends to take 2 – 8 hours depending on the gorilla movements and one hour is availed to you to have a direct touch with the gorillas. Upon approaching gorillas, their reaction is not predictable as it can include them giving you a courteous welcome, minding less about you and charging against you. However, as a result of habituation, Mountain gorillas are always welcoming with the Silverback beating a little of his chest to demonstrate his might and also welcoming to you to the group. The young gorillas are very playful and are at times not aware of the 7m rule thus can try to draw closer to even touching on your body – save it by taking some steps away to observe the distance. You are not limited in any way to ask as many questions about gorillas and their habitats along with taking pictures so long as you have the opportunity to do so. After your one hour with the gorillas, return to the starting pointand transfer to the starting point to embark on the transfer to Lake Bunyonyi driving through fascinating Kigezi Highlands which locals apply terracing method to cultivate their slopes deriving impressive scenic landscape. You arrive at Lake Bunyonyi in the afternoon for relaxation and recreational boat ride on the lake, dinner and overnight

After a relaxed breakfast, embark on the transfer back to Kampala 437km about 7 hours’ drive. You drive through the magical highlands of Kigezi covered with mist in the morning before continuing through impressive south western Uganda landscapes of Ntungamo with extensive banana plantation and cattle farms. An early lunch stop will be made at the Equator crossing Kayabwe where you can as well get yourself a memorabilia to carry back home.

Paraa Safari Lodge located on the banks of the River Nile in Murchison Falls National Park’s northern section. The lodge commenced operation in 1954 and presents Upmarket / Luxury accommodation to the Uganda safari undertakers.

Kyaninga Lodge is a luxury / upmarket accommodation establishment located in the backdrop of the legendary Rwenzori Mountains on the rim of Lake Kyaninga one of the myriad crater lakes in the area.

Rate per person in US Dollars