4 Days Uganda Adventure Safari is a 4 day Uganda vacation package taking you to Murchison Falls Park for wildlife viewing, Rhino tracking & Jinja source of the Nile tour. Murchison Falls National Park positioned in the northwest of Uganda stands as the largest national park in the country stretching to 3,840km.

The park is bisected by the famous Nile River that flows 115km within the park boundaries emptying into Lake Albert and the Albert Nile starting a new course that moves out of Uganda through a place called Nimule. The greater Murchison Falls Conservation Area which incorporates the surrounding Bugungu and Karuma Wildlife Reserves stretched over a geographical coverage of 5, 308 sq. km.

The park derives its magical name from the Murchison Falls whose name was bestowed upon it by the famous European explorer Sir Samuel Baker on his Nile expedition from its mouth. The park supports four of the big five species including lions, leopards, elephants, and Buffaloes. The Rhinos used to exist but faced extinction in 1983 but have been re-introduced and they thrive in the neighboring Ziwa Rhino Sanctuary awaiting to be re-introduced in the wild.

The park features open savanna vegetation intercepted with scattered Borassus palms mostly in the northern section, the southern section is dominated by savannah woodland, the riverine vegetation along the Nile River, and the forested landscapes towards Rabongo forest.

Murchison Falls National Park Uganda is home to 76 species of mammals which include on the top of the earlier mentioned, the waterbucks, bohor reedbuck, deffasa waterbuck, and the Oribis among others. The park is home to the rare patas monkey. The Park also supports 460 species of birds including the Vulnerable and rare shoebill stork.

Day 1: Transfer to Jinja for Half day of white water rafting & afternoon Boat ride to the source of the Nile

Day 3: Do morning game drive and afternoon Nile launch cruise. Optional hike to the top of the falls

Day 4: Visit the top of the falls or another game drive along the Honeymoon track (southern sector) if you did the hike on the previous day and transfer back to Kampala

Day 1: Transfer to Jinja for Half day of white water rafting & afternoon Boat ride to the source of the Nile 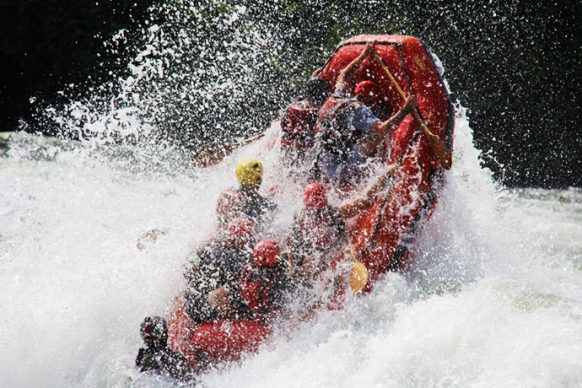 Transfer to Jinja early in the morning 80km about 2 hours’ drive from Kampala to catch up with the white water rafting on the famous Nile River the longest on the African continent and the world at large.

You get to your rafts with the team of expert guides to traverse the speedy waters clashing the ancient rapids to produce a plume of spray and powerful waves that hit you ruthlessly after encountering you on their way.

Rafting on the Nile is a safe and adventurous encounter that qualifies to be among the active Uganda adventure vacation safari activities in Uganda. Retreat from the day rafting experience and undertake a thrilling boat ride to the Jinja source of the Nile to explore this historical point where the Nile starts its 90 days journey to the Mediterranean Sea. Retreat to Kampala overnight at your place of stay. 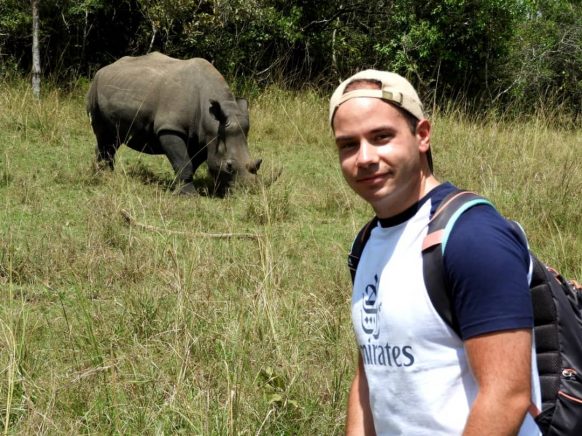 You will be picked up from your place of stay in Kampala after breakfast to embark on the drive to Murchison Falls National Park 311km about 5 hours drive.

You drive through impressive flat landscapes of central Uganda including the district of Nakasongora where you can optionally branch off at Nakitooma for 7km to connect to Ziwa Rhino Sanctuary.

Upon arriving in Ziwa Rhino Sanctuary, you embark on a thrilling White Rhino tracking to encounter the count of fifteen southern white Rhinos that comprise the adults and young ones. Rhinos are part of the big five land animals and exploring them on foot is a rewarding encounter that you can explore on this Uganda safari encounter. Continue on the drive to Murchison, arriving in the evening for relaxation, dinner, and overnight.

Day 3: Do morning game drive and afternoon Nile launch cruise. Optional hike to the top of the falls $15pp 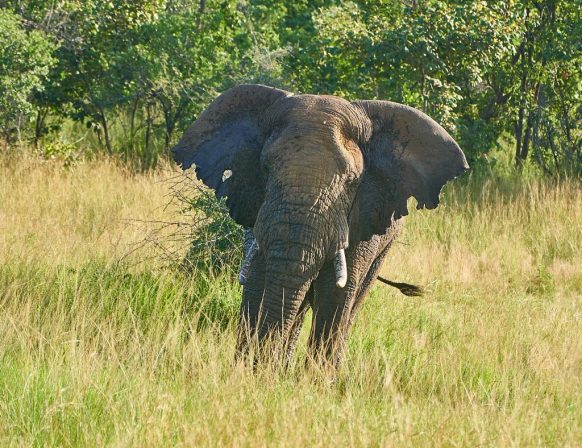 You will wake up early in the morning, have breakfast, and then go for a game drive in the northern section of the park. The Murchison Falls National Park wildlife includes giraffes, elephants, Uganda Kobs, buffaloes, waterbucks, vervet monkeys, Olive Baboons, Patas monkey, Jackson’s Hartebeest, and lions.

After this 3 – 4-hour game drive, connect to the lodge for relaxation and lunch. In the afternoon you connect to Paraa Jetty to embark on the afternoon Nile launch cruise departing at 2 pm. It avails a great opportunity for you to view hippos, crocodiles, plus birds at the river banks such as the bee-eater, kingfisher, the rare shoebill stork plus the cormorants with a hike to the top of the falls. Retreat from the 3-hour activity and connect to the lodge for relaxation, dinner, and overnight.

The Optional hike to the falls presents an opportunity to explore the Nile River which is the longest in the world as it forces itself to pass through a less than 8m ravine before falling 43m below to what has been termed the devils’ cauldron forming a plume of spray marked by a thunderous roar and trademark rainbow. During the hike, you will enjoy the sounds of the Nile as it splashes its head on the impermeable rocks that have stood in its way for centuries past.

Day 4: Visit the top of the falls or another game drive along the Honeymoon track (southern sector) if you did the hike on the previous day and transfer back to Kampala 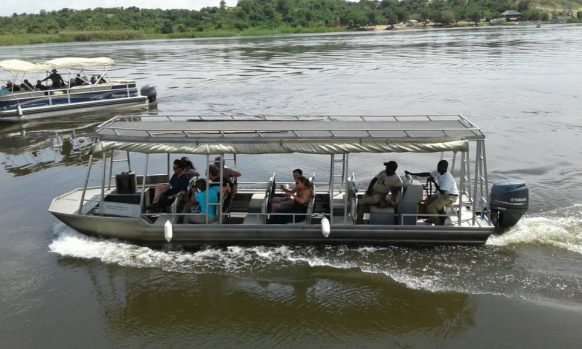 After breakfast cross the ferry to the southern section of the park after which you will connect to the top of the falls which is the greatest natural landmark to ever happen on the Nile River on its course to the Mediterranean Sea.

The Murchison Falls stands as the most powerful waterfall in the world and it is impressive to encounter the Nile River squeezing itself to pass through a less than seven meters ravine before 43m below what has been termed the Devil’s Cauldron forming a plume of Spray and trademark rainbow. You retreat from the encounter and embark on the transfer back to Kampala with the views of River Kafu en route.