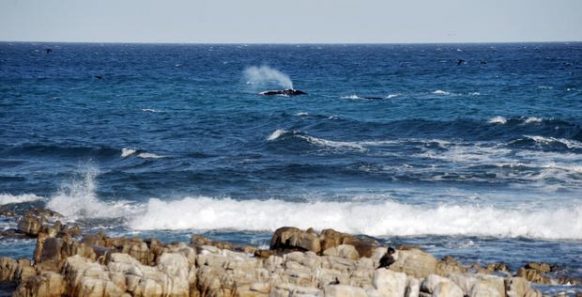 Set off from Cape Town or Stellenbosch and transfer to Hermanus following the scenic coastal road making a stop at Betties Bay exploring endangered African penguin colony. Spend the afternoon in Hermanus popular for counts of Southern Right Whales available during the whale season July – Nov. Proceed in the afternoon to Cape Agulhas – Africa’s most southern tip visiting the viewpoint exploring the meeting point for warm Indian and cold Atlantic Oceans. It’s a challenging point for many sailors as they encounter a stormy end with the rough swell and changing currents pushing ships onto the Agulhas Bank’s shallow waters. 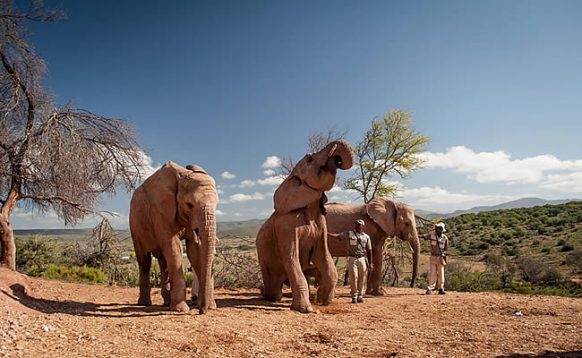 Depart for Oudtshoorn in the Little Karoo also referred to as Ostrich Capital of the World exploring the greatest population of Ostriches in the world.  Proceed on Route 62 – the longest wine route in South Africa at 850km, enjoy the subterranean wonders of Cango Caves on a guided tour. Enjoy the descend along Jacob’s Ladder 200 steps to the Great Hall and proceed to King Solomon Mine. Enjoy the wine taste to calm the day’s pressure. 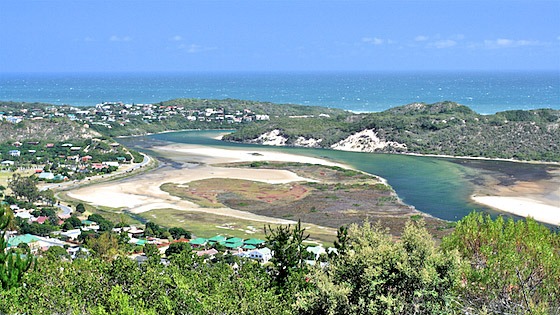 Following breakfast, proceed to the fascinating Outeniqua Mountain pass which the Portuguese named Serra da Estrela literally translated at the Mountains of the Stars. You visit the Wilderness National Park where you enjoy a canoe paddle to the Touw River traversing the indigenous forest with great birdlife. After 40 minutes downstream, you embark on a 2km boardwalk hike to explore the rock pool and waterfall. Proceed after canoeing to Knysna town through the beautiful Lake District along the Garden Route. Settle for lunch in Knysna and later proceed to Knysna Heads viewpoint for nice views of Knysna River estuary along with the Indian Ocean. Explore Sedgefield with nice views and beaches in the late afternoon. 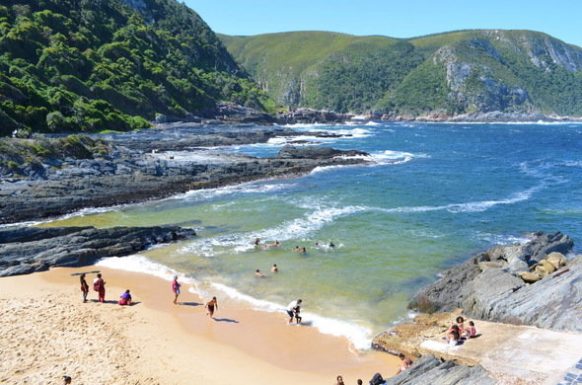 Depart for Tsitsikamma National Park making a stop at Bloukrans Bridge viewing the highest bungee jump in the world (216m) and feel free to engage in this great adventure!  In the afternoon, explore Tsitsikamma National Park marked with splendid Indian Ocean Coastline and indigenous forest. Engage in a nature walk and crossing the suspension bridge at Storms River Mouth. Proceed to Addo in the late afternoon.

Engage in an extensive game drive in Addo Elephant National Park lasting for 2 – 3 hours searching for Elephants, Lion, Buffalo, Black Rhino, Zebra, Warthog, Hartebeest, Eland, Kudu among others.  Return to the Garden route in the afternoon.

Following breakfast, depart for Cape town making a stop at Mossel Bay to explore the cool beaches, Cape St. Blaize trail hike along the cliffs with nice views of Indian Ocean, and then tour Diaz Museum complex in commemoration of the European’s initial exploration along the tip of Africa. For adventure enthusiasts, there is an option of 10,000 foot tandem skydive! Another option is sandboarding on South Africa’s long dune. Proceed on the drive to arrive in Stellenbosch / Cape Town in the afternoon.

Please note that Upon your request, we can change(customize) the tour destinations, hotels and number of days to suit your desire .just contact us call us 24/7 on phone