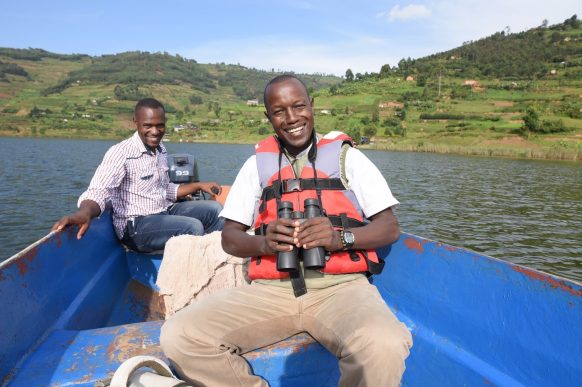 A country boy by heart, Denis was born and raised in Mukono where he lived for all his childhood life.

He has great passionate interests in zoology, and botany coupled with an expanding love for birding and entomology.

He studied in Mukono for high school and then went on to attain professional guiding training from the Uganda safari Guides Association (USAGA). 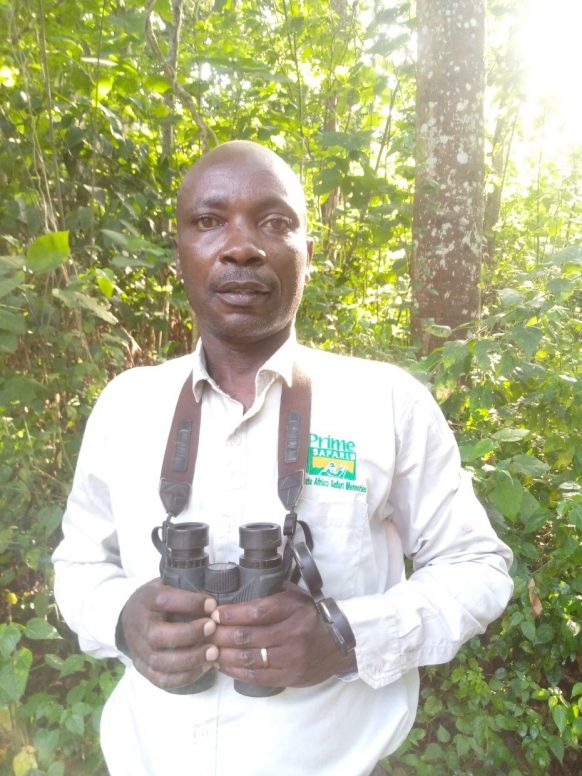 Robert was born on 18th/10/1972 and raised in Central Uganda in a peasantry farmer family.

He holds a National Certificate in Tour Guiding and a Bachelor’s Degree in Business Administration.

For the last 12 years, worked with different tour companies before joining Prime Safari and tours ltd.

As a specialized bird watcher, Robert boasts of a total bird list of 800 species out of Uganda’s total of 1078 species.

He is an active member of prominent Tour guides affiliations like Nature –    Uganda, a research and conservation Non-Government Organization in Uganda, and Destination Birders – Uganda which is an Organisation for passionate birders in Uganda

Emma was born on 8/8/1977 in Kamwenge, Western Uganda close to Kibale N/Park in a farming family.

He attained the professional guiding training named Introduction to Skills in Nature Guiding by Uganda Safari Guides Association (USAGA) and was awarded a certificate after accomplishing the Tourist Driver Guides training by the Africa Institute of Tourism and Field Guiding.

Emma is an experienced driver who also holds a certificate in defensive driving which explains his keen adherence to traffic regulations.

For 10yrs, he freelanced as a Tour Guide and Driver for International and Local Tourists before joining Prime Safaris in 2018. Since then he has endeavored to increase his guiding knowledge and widen his scope of operation to all parks in Uganda. 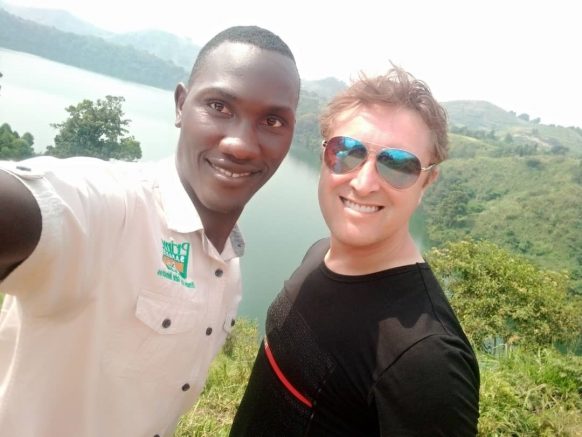 Jerome is our youngest guide and Prime Uganda Safaris in 2018. He underwent tour guiding, and driving training, and enjoyed the mentorship of our best guides and directors.

In early 2019 he officially started guiding but with his positive attitude and a good sense of humor he has exhibited great aptitude as he is a hard worker, knowledgeable, and has great customer care as has been commended by most of the travelers that have enjoyed his services.

He’s desire is to become the best tour guide in Africa. 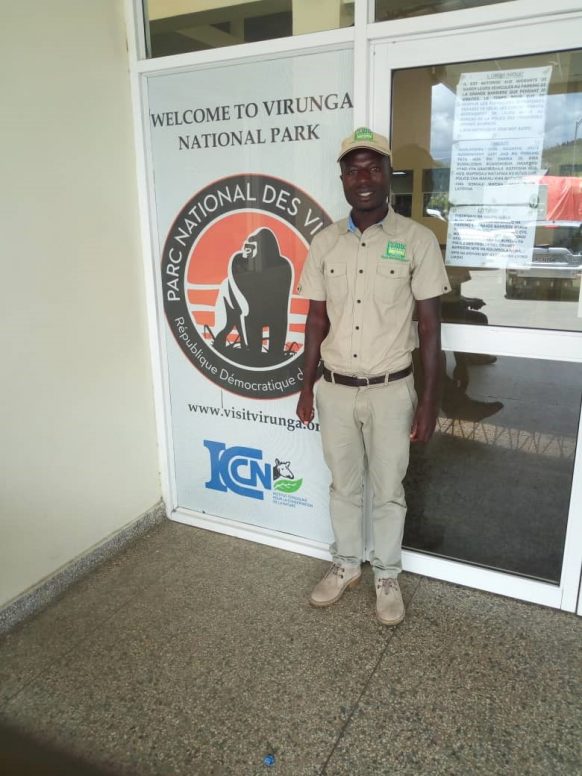 Born and raised in southwestern Uganda as a country boy, Godfrey started guiding in 2014 and has worked with various tour companies in the Kigezi region before joining PRIME SAFARIS AFRICA in 2017 as a professional guide.

During this time he has broadened his knowledge through training s like the Tour guiding and professional driving of 4×4 ( high range and self-recovery)  as well as  THE HOTEL AND TOURISM TRAINING INSTITUTE where he has been awarded a Certificate after successful three months Internship placement at Queen Elizabeth national park.

Godfrey is self-spoken, kind, and polite but at the same time exhibits excellent customer care while on safari which attributes to excellent. 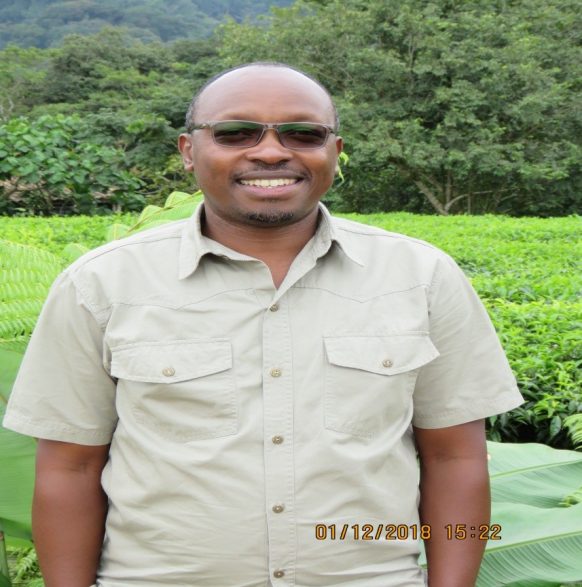 Patrick was born and raised in Kampala-Uganda although is based in Rwanda and is a licensed silver 1-level tour guide, a member, and the Chairman 2016-2020 of the Rwanda Safari Guides Association (RSGA).

He is diligent in career tour-guiding and committed to professionalism. He joined the association in 2006 after serving for three years as a transport manager in one of the best local tour companies in Rwanda.

With 13years of experience, he has been so instrumental in helping to advance the association of tour guides both men and women to improve their welfare, going professional and advocating for capacity building in various areas.

He is skilled in wildlife interpretation, bird-watching, hiking adventures, and a regional historian

Patrick has been representing and running tours for Prime Safaris and Tours in Rwanda since 2016.

Ananias was born in Mityana district, in a village called Namukozi close to Mityana Diocese, and was raised in Butega Ntikidde village in Mityana as well.

Ananias holds a Bachelor’s Degree in Tourism Operations from Nkumba University which he attained in 2011.

Joined Prime safaris and Tours Ltd in 2016 through recommendation from one of our close associates within the Tourism fraternity but has never let us down. 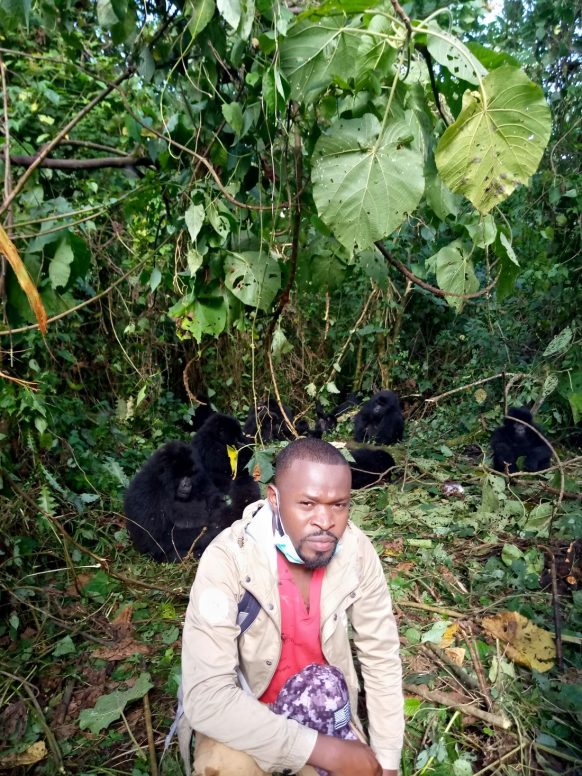 Steven was born on 2/ 05/1995 and grew up in the eastern Democratic Republic of Congo.

Steven developed his passion for guiding from his father who is a professional tour guide in the Virunga national park area and through his mentorship he has guided several tourists from different parts of the world.

Rwanda Safaris: For those interested in doing a gorilla safari in Rwanda Africa or an African wildlife safari in Rwanda to tour Rwanda cultures, people and scenery, the following are common questions for who ever wants to safari Rwanda have been answered for you to make your safaris in Rwanda easy to undertake.

Kenya safari tour – Kenya Safaris OR Kenya Tours have proved unforgettable to travelers and tourists that safari in Kenya to the extreme east of the continent of Africa as they enjoy a diverse natural landscape where the extensive savannah is intercepted by steep slopes of the Great East African Rift Valley with Kenya`s its floor marked by a chain of lakes while the Indian Ocean form her eastern boundary presenting the endless beach landscape especially around Mombasa. 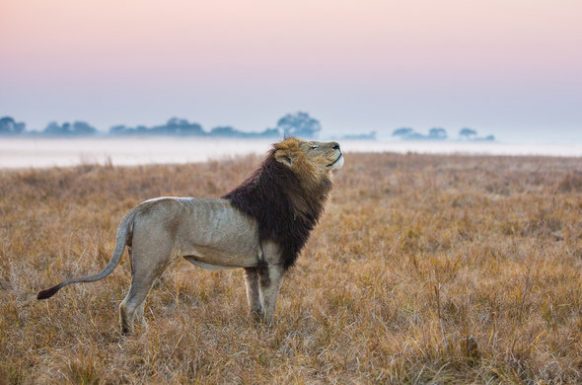 Initially referred to Northern Rhodesia, Zambia dates far back to the historic era including stone Age period but its plight was brought to the lime light by Dr. David Livingstone a Scottish missionary in his legendary quest for the Source of the Nile River in the 19th Century.

Zambia boarders Malawi in the east, Democratic Republic of the Congo in the north, Mozambique, Botswana, Zimbabwe and Namibia in the south, Tanzania in the north-east, and Angola in the west. Lusaka is the Zambia’s capital city.

Zambia Safari tours present unmatchable journeys in this beautiful country to the South of Africa. The rural landscapes are diverse and fertile marked with impressive warm tropical climate. With five (5) expanse lakes, three (4) major rivers, seventeen (17) waterfalls along with a range of wetland areas, the tours in Zambia indeed present a rich natural experience. 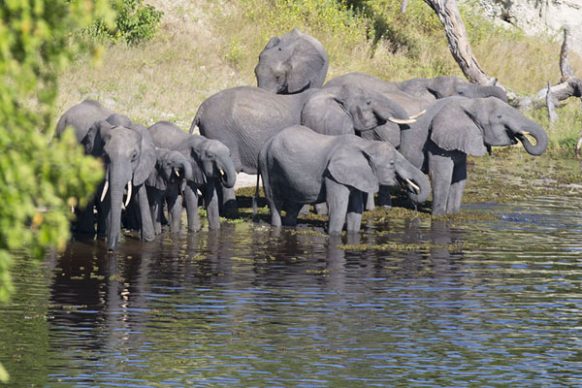 Botswana is one of the incredible Africa safari tour sites marked with a spreading flat landscape with close to three quarters of its entire land under desert called Kalahari. Botswana spreads to 581,730 km2 with a population of two (2) Million People.

The vast wilderness especially to Central Kalahari is a wonder of its own making the Botswana safaris and tours very exclusive and off the beaten experience. The Kalahari lands are popular for their infamous black-maned lions while the indigenous Khoisan Bushmen will be your guides in their ancient land.

Apart from the Kalahari Desert, Botswana is also home to the great Okavango Delta with great quantities of water that is not emptied into Ocean or Sea but instead lost via evaporation, transpiration and percolation. It’s a great site for canoe paddling experience while on Safari in Botswana. 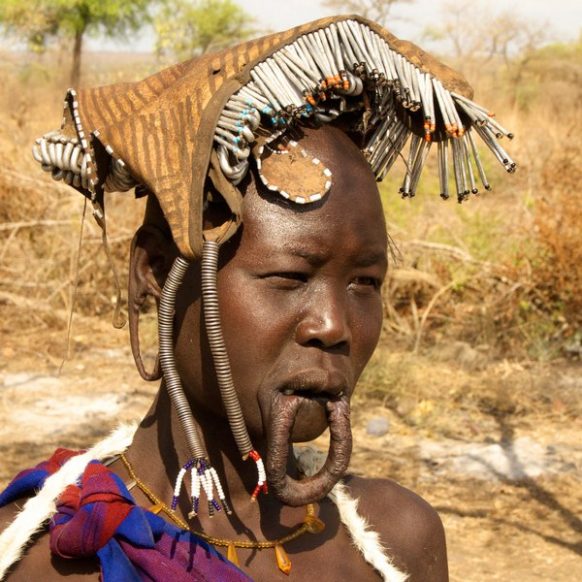 Ethiopia positioned in the Horn of Africa is one of the incredible destinations in Africa with a great deal of culture & heritage, scenic landscapes and wildlife. Ethiopia boarders South Sudan and Sudan in the West, Eritrea in the North & Northeast and Kenya in the South stretching to 1,100,000km2 with 102 million people making it the world’s most populated landlocked country.

The destination Ethiopia features about ethnolinguistic groups with the four (4) largest being Amhara, Oromo, Tigrayans and Somali. The ancient rooting of these cultures has made Ethiopia cultural tours very outstanding.

Regarding natural landscapes, the great Ethiopian Highlands and the Sof Omar Caves – with Africa’s largest cave, the Blue Nile Falls among others make the Ethiopia Tours beyond the ordinary. 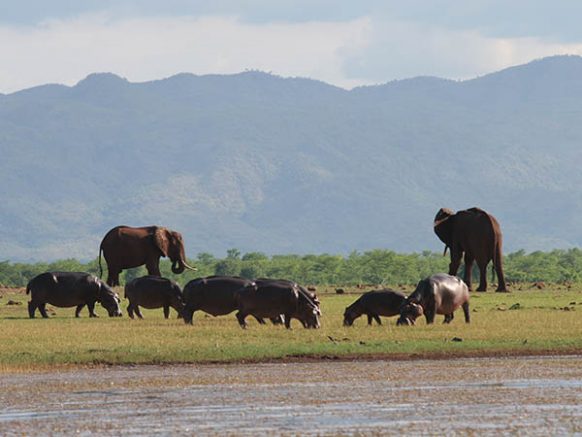 Zimbabwe in the South African region is one of the prominent Africa Safari destinations in between the mighty Rivers of Limpopo and Zambezi. It shares boarders with Botswana, South Africa and Mozambique with the capital called Harare. The official languages are sixteen (16) with the most commonly used being English, Shona and the Ndebele.

Zimbabwe safaris and tours usher, you in this vast savannah country though with hard wood forests and tropical evergreen in the moist and mountainous eastern highlands marked with lovely mahogany, teak, strangling fig, big leaf, forest newtonia among others.

The destination Zimbabwe is home to 350 mammal species, 500 species of birds and 131 species of fish which combine to make the Zimbabwe tours very diverse and exciting. 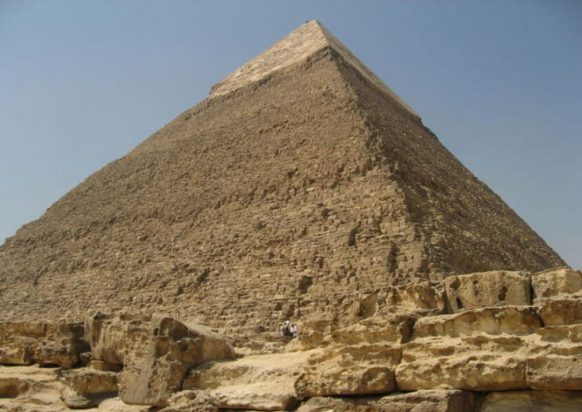 Egypt, positioned to the northeastern corner of Africa, is one of the remarkable Africa tour destinations bordered by Israel and Gaza Strip to the northeast, Red sea to the south & east, Gulf of Aqaba to the east, Libya to the west and Sudan to the South.

The great history of Egypt dating far back to 6th – 4th millennia BCE form the great base of tours in Egypt. The destination Egypt is recorded to be the cradle of civilization and the great monuments such as the Great Sphinx, the Giza Necropolis, the ruins of Memphis, Karnak, Thebes and the Valley of the Kings form a rich ground for historical tours in Egypt.

Egypt was a significant center for Christianity though Islam later spread greatly in 17th century and until today, it remains a majorly Muslim country but with remnants of Christian population.