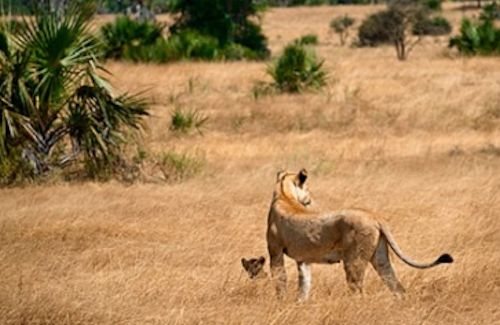 Uganda’s Ajai Wildlife Reserve is situated in the northern part of the country along the western shores of the mighty Albert Nile near Arua district. The reserve is covered by grassland and spans 166 square kilometres. Initially, Ajai Game Reserve was managed by a local chief named “Ajai” 1930s hence the Reserve derived its name from him. Up to 1980, the Wildlife Reserve was one of the few areas into where White Rhinos can be seen during a Uganda wildlife safari. However, they are now extinct within the Wildlife Reserve. This explains why it used to be called Ajai Rhino Sanctuary. At that time, it sheltered over 60 white Rhinos of the total 80 of these mammals that Uganda had.

When the local community members began hunting the Rhinos, an international organization called the World Wildlife Fund facilitated an Anti-poaching initiative that was conducted throughout the Wildlife Reserve in 1962.  However, the initiative did not deter the poachers from hunting these mammals until they became extinct. After the extinction of the white Rhinos in the area, local people began using the land for their own personal use such as grazing and cultivation. In 2002, approximately 12 square Kilometers of land was reduced from the Wildlife Reserve to create more land for cultivation and human settlement. Six years later, the Uganda Wildlife Authority came in and privatized some of the management and operations of Ajai Wildlife Reserve. 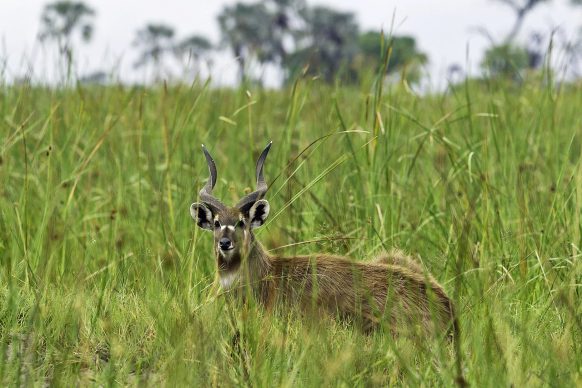 Much as the White Rhinos are now extinct within the game reserve, you will encounter other fascinating wildlife species during your Uganda trip to the reserve. Primates such as the Olive baboons, the black and white colobus monkeys, and the Vervet monkeys reside in the reserve. Other mammal species include the warthogs, the Sitatungas, the Lelwel Hartebeest, the Blue duikers, the zebras, Common Duikers, the Oribis, as well as Uganda Kobs. There are several aquatic Wildlife Species such as the Hippos and the Crocodiles and reptiles such as Pythons.

Presently, there are plans by the Uganda Wildlife Authority to re-introduce the Nile Buffaloes and White Rhinos back into Ajai Wildlife Reserve. In order to have an interesting Uganda safari tour to Ajai game reserve, a nature walk or a game drive around the reserve is a good idea. There are several bird species that call Ajai Wildlife reserve home and they include the Grey Crowned cranes, Marabou stocks and African fish eagles among others.

This Reserve is open for tourist visitation at all times of the year but the dry season (December to early March and June to October) is the best. The rainy season is in the months of April, May, October, and November.

This Uganda safari destination can be accessed by both Air and road transport. It takes from 6-7 hours’ drive from Kampala to Arua Town where the wildlife reserve is located. With air transport, scheduled and charter flights can be organized to Arua Airfield. Airlines including Eagle Air and MAF Uganda operates flights to Arua airfield. The airfield is approximately 375 kilometres (233 mi) by air north-west of Entebbe International Airport, Uganda’s largest airport. It takes around 40 minutes to reach the airfield.