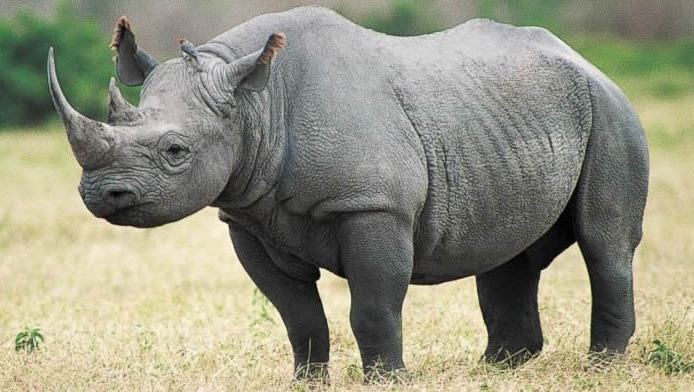 The Rwanda Wildlife Safari enthusiasts are bound to have an extended game viewing experience in Akagera Game Park if the Black Rhino re-introduction deal comes into force. The move to have the Black Rhinos back is part of the greater joint effort by the Conservation Authorities like the Rwanda Development Board and the Park management – the African Parks Limited with an aiding hand from the Netherlands.
The Black Rhino Species are noted to have been in Akagera game park in the years 1960s and 70s with over 50 animal population. However, with the wide scale poaching that hit the park during 1980s; the species faced complete extinction which in turn disadvantaged the wildlife safaris in Rwanda.
The African Parks Limited a private entity apparently responsible for the management of Akagera National Park intends to re-introduce a count of 10 or 20 Rhinos with a fraction of 3/5 males and 7/15 females under the breed and restock programme that will see the other East African countries benefit in future if the numbers increase considerably. These Black Rhinos are availed for sale at 36,000ha Thaba Tholo game farm that is located in South Africa’s province of Limpopo where at present, the Male Rhino stands at $30,000 while the female Rhino stands at $100,000. Though this sounds costly, the Dutch government has already committed Euro 200,000 to the Implementation of the Project.
This is not the first time Akagera National Park is seeing the initiation of a similar project. The Park saw the lions arrive in July last year from the Republic of South Africa something that increased the Akagera’s visibility in Conservation forums in the world and attractiveness in terms of Rwanda Safaris.
The Akagera National Park was put under the administration of African Parks Limited in conjunction with Rwanda Development Board six (6) years past. But a great degree of transformation has been registered including the doubling of the park arrivals exceeding 30,000 in the previous year generating $1.2 million which is six times the revenue that was being generated before its takeover. Also, the increase in the community participation and reduced poaching has facilitated the increase in wildlife counts in this 6 year period. The Park has gained considerable interest among the local people to the extent that 50% of the park’s visitors were Rwandan nationals.
The coming of Black Rhinos will add on the other wonders that Akagera already has in possession. These include; the largest protected wetland system in the whole of Central Africa, the only savannah protected habitat in Rwanda thus a home to Burchell’s Zebras, Buffaloes, Elephants and a range of antelopes not forgetting a count of 500 bird species that have contributed to its listing as the Important Bird Area. The statistics show that there are 8,000 large mammals thriving in the park including a herd of 90 elephants. All these will combine to make Akagera National Park a remarkable destination worth exploring by every traveler planning a safari to Rwanda.