UGANDA SHOULD BUILD THE FUTURE FROM THE ROOTS

Home » UGANDA SHOULD BUILD THE FUTURE FROM THE ROOTS 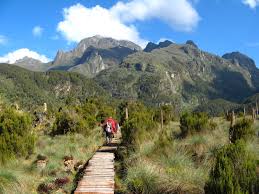 The destination Uganda is one of the popular spots on the continent of Africa and the Uganda Safaris and tours have risen considerably to compete on global scale.

Stretching from towering snow-capped Mountain ranges of Rwenzori and the extensive savannah landscapes of Kidepo and Queen Elizabeth National Parks teeming with a myriad of wild game to the diversity of 65 tribal groups featuring unique cultures, Uganda is a true paradise in the east of Congo’s Equatorial jungle, west of Indian Ocean, south of Sahara and north of River Limpopo making the safaris to Uganda must undertake lifetime journeys.

The ancient Afromontane forests of Bwindi have provided adequate and safe habitat to the critically endangered Mountain gorillas while the deep gorge of Kyambura, the tropical forests of Budongo, Kibale and Kalinzu are home to the endangered Chimpanzees.  The Big five thrive in the savannah stretches of Ziwa, Murchison, Kidepo and Queen Elizabeth with populations of lions including the tree climbing lions, Buffaloes, African elephants and Leopards while other wild game including Rothschild Giraffes, Impala, Burchell’s Zebra, Defassa waterbucks, Uganda Kobs, Spotted Hyenas among others call Uganda home and are always explored on safaris in Uganda.

The range of the tribal groups feature impressive customs, practices, festivities and traditions including the ancient ways of food preparation, the architectural structures, art and craft, worship and religion, monarchs and chiefdoms, settlement patterns among other aspects that form a broad base of culture and heritage tours in Uganda.

This ancient natural provision and the creation of the historical mankind would richly form the root for the development in Uganda. The world travelers are increasingly getting interested in authentic experiences exploring the destinations in their original form and willing to spend more for insight exploration of the already existing. Therefore, the country should aim at maintaining and utilizing the root sustainably to further national development.