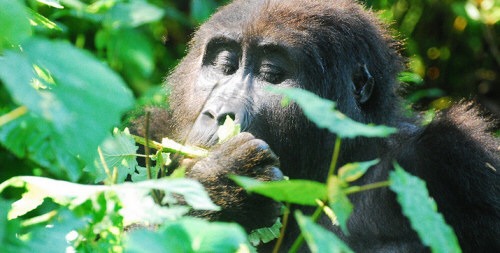 Uganda has got many tourist attractions which have attracted many Uganda safaris hence increasing the revenues of the country. These attractions are a base in the development of the tourism industry in Uganda. This has completely helped in encouraging more tourists to come to Uganda in order to enjoy these attraction

Uganda is considered to be a tourist destination because of its game stock and the scenic beauty, this makes it a country with substantial natural resources for tourism development with a variety of landscape and ecosystems , culture and the climate, all these have helped in increasing safaris to Uganda hence increasing revenues of the country.

Uganda has got several tourism products that have continued to attract visitors to come for safaris in Uganda; these include, bird watching, spot fishing, boating, primate watching, this includes mountain gorilla trekking and chimpanzee tracking, there is also mountaineering and the common water rafting.

In addition, most of Uganda’s wildlife is concentrated in the protected areas, forest reserves and the wildlife reserves. These animals have increased the number of safaris since they are loved by the tourists who come to visit Uganda.