Adventure climbing to the Rwenzori mountains following the central circuit 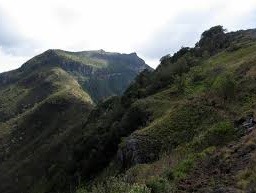 The legendary Rwenzori Mountains also known as mountains of the moon as they were noted far back in 150AD by the great Greek Geographer Ptolemy stands as one of the famous Uganda safari products with remarkable provision for adventure tourism.
Standing in the west of Uganda forming her boarder with the Democratic Republic of Congo, the Rwenzori Mountains rise to 5,109m above sea level at its highest peak Margarita forming the highest point in Uganda and the third in the whole of Africa. The Mountain features other peaks including Mt. Speak standing at 4889m above sea level, Mount Baker standing at 4843m above sea level, Mount Gesi standing at 4797m above sea level, Mount Emin standing at 4791m above sea level and Mount Luigi de Savio standing at 4626m above sea level.
The adventure exploration to the Rwenzori Mountain while on safari in Uganda using the central circuit is solely provided by the Rwenzori Mountaineering Services which is a native Non-Governmental Organization that secured a concession from Uganda Wildlife Authority which is charged with the management of Uganda’s National Parks to develop and manage the circuit.
It can be noted that even when you have undertook past explorations to the Himalayas, the Caucus, the Alps or the Rockies, the ascent to the Rwenzoris presents a new encounter that would definitely impress the eyes of an all-seasoned mountain climber. The Rwenzori Mountains is sheltered by the Mount Rwenzori National Park which was established in the year 1991 covering a geographical spread of 996km2 where by the mountain range covers 120km from the south to the north and 48km from the east to west.
In the company of the climbing and other necessary equipment which include the Ropes, Gas cooker/fuel, Crampons, Ice axe, Harnesses, Sleeping bag, Cap, Climbing boots, Trouser, Rubber boots, Jacket /sweaters, Gloves and Garters, you embark on the seven (7) days adventure climbing to the Rwenzori Mountains and 8 days if one wishes to summit margarita peak. The Mount Rwenzori adventure tour in Uganda commence from Nyakalengija which is also the ranger post for Uganda Wildlife Authority. The first day of ascend is within the primary foot hills of the Rwenzoris and the farmlands of the Bakonzo are among those features that you will encounter before rising to cross River Mahoma and eventual settling at Nyabitaba hut standing at 2,652m above sea level and the hike offers one possible views of the chimpanzee and Rwenzori Turaco. The second ascend rises to John Matte hut standing at 3.414 m and along this hike; one crosses the Kurt Shaffer Bridge and enjoys the sights of River Bujuku. The third ascend rises to Bujuku hut standing at 3.962 m above sea level and along this trek one enjoys the views of the Bigo bog where the grassy environment require on to jump form a tussock to tussock which is an experience of its own for the adventurous travelers on Uganda safaris. The Bujuku hut offers the views of Mount Baker, Stanley and Speke. The forth ascend rises to Elena hut at 4430m trekking past impressive groundsels and giant lobelias. This is followed by the fifth ascend rising to Margarita Peak standing at 5,109m – the summit of Rwenzori Mountains. This forms a lifetime rewarding moment of adventure when one conquers the highest peak in Uganda and the third in the whole continent of Africa. A night is spent at Lake Kitandara hut. The following day involves a descend down to Guy Yeoman hut standing at 3,261m above sea level from where you connect the following day to Nyabitaba hut at 2.652 m above sea-level and eventually back to Nyakalengija the following day to mark the end of the adventure climbing to Rwenzori Mountains following the Central Circuit.