An adventure into the Monkey species in Uganda

Home » An adventure into the Monkey species in Uganda 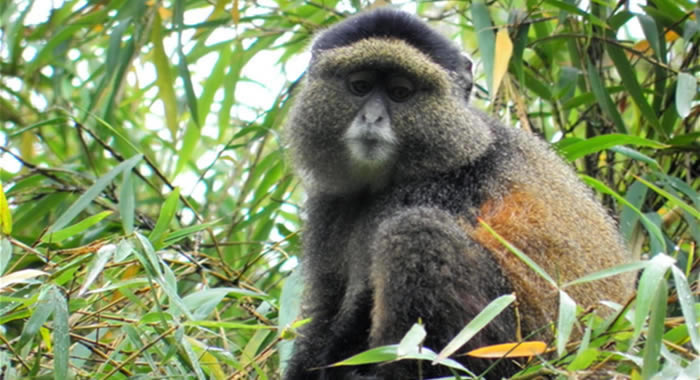 Uganda has got variety species of primates which include the mountain gorillas, chimpanzees, monkeys and all these have been divided into many sub-species.

Uganda has got a number of unique species of monkeys which one should not miss on a safari in Uganda.

Mangabey monkeys are on recent researches which are found within the untouched and undisturbed high forests of Uganda. Besides tracking the grey checked monkeys within Uganda, some other species of monkeys like the Ugandan monkey that is only limited to this magical country and not in any other country in Africa.
This new product is one of the main decisions why the government of Uganda through the ministry of tourism, wildlife and antiquities has decided to market it as one of the new tourism product on a safari in Uganda. The Uganda Mangabey or the “Lophocebus Ugandae” has already started attracting more wildlife enthusiasts to come for safaris in Uganda.

The major organizations which are responsible for new monkey species include, ministry of Environment, National Forestry Authority and livelihoods

The Uganda Mangabey monkeys are only found in Uganda though some of them are found in Tanzania in the islands Lake Victoria.

In Uganda, the Uganda mangabey monkeys are located in Lwamunda in Sango Bay, Bugoma forest near Lake Albert and Mabira Forest reserve.

They are strategically found in these areas since they love living in undisturbed natural high tropical rain forests and this means that there is need to be habituated for tracking by the tourists who come for safari in Uganda.
The monkeys will be introduced to humans after being habituated for trekking on Uganda safaris. Besides monkeys, Uganda safaris have got variety of tourist attractions which can be undertaken by tourists who come for safari in Uganda. These include the mountain gorillas, chimpanzees, bird safaris, cultural excursions, mountains adventures which attract mountain climbers, city tours, nature walks and many more.