Adventuring the source of the Nile – Uganda safari news

Home » Adventuring the source of the Nile – Uganda safari news 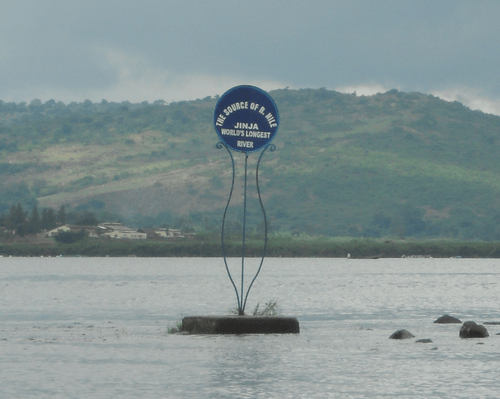 The topic of the source of the Nile has for long been debated and has a lot of times been disagreed upon in the past. Although a few people still debate on the opposition side, with experience over the years we have been able to confirm the true source of the world’s longest river (The Nile). Of course when long debates are held about a place, it has to be worthy visiting and so is River Nile’s source. Tourists can voluntarily take Safaris and Tours to Uganda to discover for themselves where the Nile waters learn to flow.
River Nile is a phenomenal river that is believed to wet over eight (8) counties among which are Uganda, Ehtiopia, South Sudan, Sudan and Egypt. It flows for an incomparable distance of 6,853km (which is about 4,258 miles). It flows from Lake Victoria (the largest freshwater lake in Africa and third largest lake by area in the world) whose waters come from a number of feeder streams; the largest of which is Rwanda’s River Kagera.
You can either drive to Jinja or travel with a Tour Operator who will design a perfect Uganda Safari and Tour itinerary for the journey, with stops at beautiful sightseeing places along the way including detours to the mystical Sezibwa Waterfalls and the biome-rich Mabira forest, not forgetting the yummy muchomo (roasted meat) along the way.
When you arrive in Jinja, you will hear the swooshing sound of the legendary river and that’s where the major photo-taking will begin. Before you participate in any of the other river and riverbank activity, you will want to first see the prime thing that took you there (the source of the Nile). A boat cruise will lead you to the source of the Nile where you will see and listen to the Nile waters speaking a gurgling language because it is at this point that the waters learn to speak and from this point that they begin to flow. You won’t have to be reminded to take a couple of photos. If you are above the age of thirteen (13) and have no fear for heights you can also descend to kiss the Nile waters from one of the famous bungee jumping spots.
Already satisfied with your safari to the source of the world’s longest river in Uganda, you can proceed to the center of Jinja town which has a number of industries that made it an industrial hub in the past days. This is one of the most culturally diverse and most entertaining towns in the country.
Depending on the time you are left with, you could proceed to the Bujagali falls which are also part of the Nile River. In the later part of the afternoon you can decide to participate in white water rafting or if it looks quite scary to you, you are free to watch while the skillful rafters go down the water plunge. Tourists can also obtain a skill in Kayaking and they will be happy to go home after the Safari to tell their friends and families about it. An adventure to the Nile’s source is a thrilling experience and a worthwhile investment of time!
Uganda safaris/Uganda safari News
Prime Uganda safaris & Tours Ltd