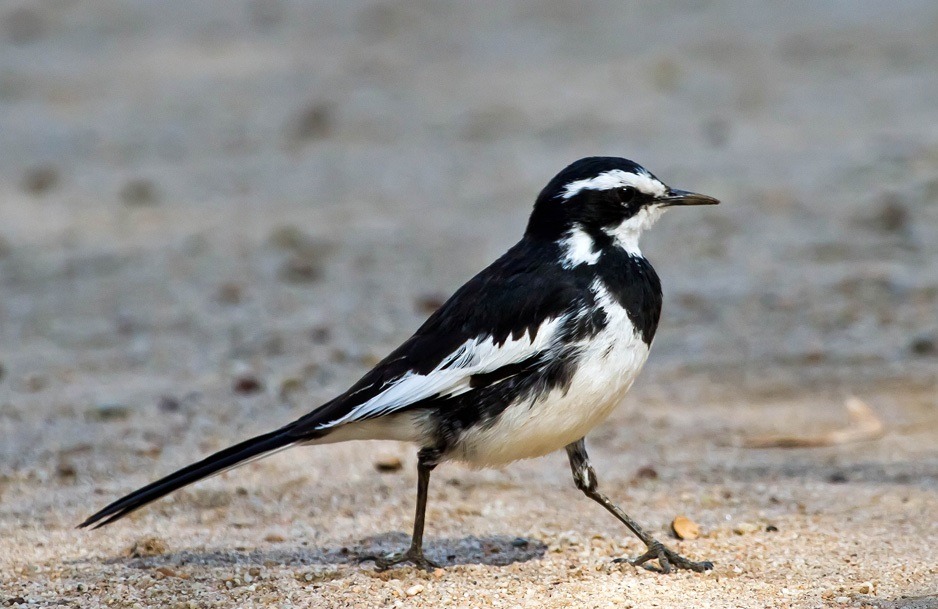 The African Pied Wagtail scientifically known as Motacilla aguimp is among the popular bird species explored on Uganda birding safaris belonging to the Motacillidae family.

African Pied Wagtail appears as white and black bird species with black color on the upper parts and the white color on the under parts as viewed on birding safaris in Uganda. The Juvenile birds feature grey color and generally the African Pied wagtails stretch to 20cm in length.

Spread in many countries of Sub Saharan Africa including Uganda where it is explored by birders on Safari in Uganda, the African Pied Kingfisher thrives in tropical and subtropical flooded or seasonally wet low land grassland, fresh water marshes and along rivers.

The African Pied Wagtail is a monogamous bird species and constructs its cup-shaped nest using grass and feathers on convenient tangle of sticks and buildings in settlement areas. An average of 3 – 4 eggs are laid with the female undertaking the incubation but after hatching, the young is fed by both sexes.

The diet of the African Pied Wagtail majorly consists of insects though it extends to include; grass seeds, invertebrates, scraps of human food and small fish.

Regarding Conservation, the African Pied Wagtail is listed as species of Least Concern on the red list of the International Union for Conservation of Nature (IUCN). Travelers on Uganda Safaris normally view this bird species in a range of protected areas including National Parks like Murchison Falls and Queen Elizabeth National Park and wetland habitats like Mabamba Swamp.