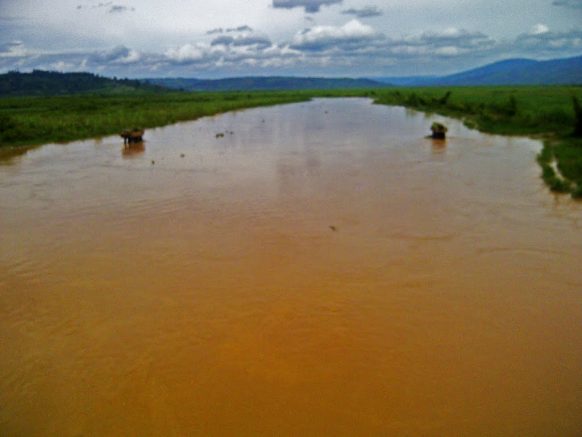 Akagera River is one of the remarkable East African Rivers traversing more than one country and worth exploring on safaris in Rwanda.  Originating from Burundi where it flows out of Rweru Lake as Ruvubu, Akagera flows through destination Rwanda forming the eastern border with Tanzania before flowing to Uganda maintaining the course on the northern Tanzania until it empties into Lake Victoria one of the popular East Africa Safari tour sites.

Noted to be among the remote sources of the Nile, the Akagera River draws its waters from two main tributaries namely; River Ruvubu of Burundi and River Nyabarongo of Rwanda that empties into Lake Rweru. It flows through Rwanda Safari destination of Akagera National Park draining the largest protected wetland system in the whole of Central Africa. The Akagera National Park which derives the name from the River is marked by beautiful water bodies including River Akagera and the range of lakes like Rwanyakizinga, Shakani, Ihema – the second largest in Rwanda and Gishanju that combine to make the Rwanda tour experience in the park memorable.

Akagera River features rich history that makes it stand out.  The German colonialist Gustav Adolf Von Gotzen crossed to Rwanda from Tanzania at Russumo Falls on River Akagera in the year 1894. Following the defeat of the Germans by the Belgians in the World War I, then later entered the destination Rwanda using the same route in the year 1916. However, the name of Akagera River became more of International concern during the 1994 genocide where the bodies would be dumped in the river and ferried by water up to Lake Victoria resulting into declaration of the state of emergency in Uganda. The features like Russumo Falls and the genocide memorial sites are among the tour products sought after by travelers planning safaris to Rwanda.