An interesting Gorilla tour in Uganda-SAFARIS AND TOURS

Home » An interesting Gorilla tour in Uganda-SAFARIS AND TOURS 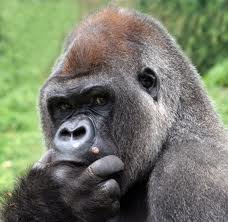 Gorilla tour in Uganda are mostly carried out in Bwindi Impenetrable national. A guided foot safari (roughly three hours) is usually carried out in the morning by the visitors) through Chambura Gorge. Following the river through tropical forest, you’re likely to see baboon, black-and-white colobus monkey, red-tailed monkey and chimpanzees. You will then drive through the little visited Ishasha sector of the park, famous for its tree-climbing lions. In the afternoon you reach Bwindi National Park, where you will track the rare mountain gorilla, found only here and in nearby Virunga, where the borders of Uganda, Congo and Rwanda meet. Bwindi’s ‘Impenetrable Forest’ is home to about half the entire world population of mountain gorillas – currently around 300 animals

Gorilla trekking in Uganda is operated in a way that not more than eight people per day can visit any one habituated family and visits are strictly controlled to minimize the possibility of disturbance or transmission of disease to the animals.

Trekking through the rough, often muddy terrain can be strenuous – but the sheer thrill of coming across a group of gorillas, dominated by a great male silverback, more than outweighs the difficulty! You can spend a maximum of one hour watching the gorillas, feeding and grooming or the youngsters playing. After this highly privileged insight into the way of life of these huge primates.

Mountain gorillas are highly social creatures and among the world’s largest primates. Naturalist Dian Fossey famously studied them in Rwanda. And they are now so endangered that they can only be found in three places: Rwanda, the Democratic Republic of Congo and Uganda. (Mountain gorillas don’t fare well in captivity; the ones found in zoos are mostly the lowland variety.) Kalembezi’s home is Bwindi Impenetrable National Park, an 80,000-acre rain forest reserve in southwestern Uganda where about 400 mountain gorillas—nearly half the world’s population—live. These mountain gorillas have greatly contributed to increased tourist arrivals.

The mountain gorilla’s dwindling numbers are in part a reflection of their volatile homeland. War, rebellion and political unrest have all led to habitat destruction and the killings of game wardens and gorillas. But today Uganda is stable and relatively safe—and tourist numbers are on the rise, with visitors doubling to over a million from 2006 to 2011, according to the Uganda Bureau of Statistics.