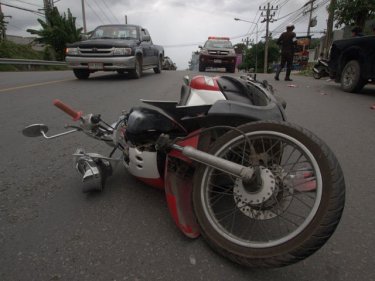 Uganda is a great tourist destination with diverse attractions and activities which normally pull various travelers across the world to undertake their safari holidays in Uganda. Being a point of meet for the East African savannah and the West African jungle, Uganda has great diversity that thrives in these two eco-system settings. For example the dense forests of western and south west support populations of Chimpanzees and Mountain gorillas which form a ground for Chimpanzee trekking safaris in Uganda and Uganda gorilla trekking safaris respectively. Whereas the savannah environments contain a range of wildlife including the big five of the Land animals and this forms the group for wildlife safaris in Uganda.
Among those that undertake safaris in Uganda were an Australian couple who had resolved to explore the Uganda’s destinations on motorcycle. Hailing from Queensland, Australia the couple aged 33 and 34 lost their dear life in a motorcycle accident at Namagogo near Mubende on Tuesday November 4, 2014 while transferring from Kasese to Kampala. The accident happened when the motorcycle hit a four wheel drive and one of the couple lost the life on spot while the other one lost it on the way to hospital. Their passport records indicated that the couple had traversed several African destinations on their motorbike. This indeed sad news and calls for vigilance for all travelers on Uganda safari tours regarding their means of transfer to various destinations.
Uganda safaris/Uganda safari News
Prime Uganda safaris & Tours Ltd safari News