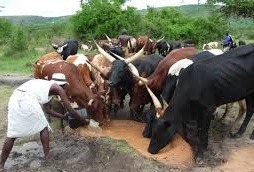 Uganda is not only endowed wildlife and nature, but the country also has unexplored, picturesque cultural heritage. Four major kingdoms i.e. Buganda Kingdom, Ankole, Bunyoro kingdom Busoga and Tooro Kingdom and strong chiefdoms are found in Uganda, all with their own unique cultural lifestyle and habits. Therefore your Safari tour to Uganda will enable you to have an encounter with the true story about the five kingdoms who believed that human history started with the one family whose head was Kintu but whose routes cannot be well explained due to the fact that their first history was not documented.
Uganda the pearl of Africa is mainly dominated by four ethnic groups and these have rich and diverse heritage history which rotates within the Foods and tastes, Art and Crafts, Music and Dance and cultural sites all expressed by each ethnic group in a unique way Which no traveler should miss when on Safari tour to Uganda
Undertaking Cultural safari tours to Uganda will give you the opportunity to explore the real Africa and learn about the wide, interesting culture of the different tribes in Uganda. Explore Kampala for a memorable introduction with some interesting, Cultural sites such as Kasubi Tombs and Wamala tombs, Uganda Museum, Kabaka’s Lake. Follow the green trail to life in the Rwenzori Mountains in fort portal town and visit Tooro King’s burial sites in Karugutu and Ankole king’s burial site in Nkokomjeru in Mbarara district.
All Ugandan tribes offer a diverse art and crafts to exhibit their norms, believes, customs, design, and history. For example the , Nyero rock paintings in eastern part of Uganda in the district of Kumi have a lot to display in regards to the people who were the first habitants of the area some hundred years ago. They also provide a number of items locally made from local materials like stools, food utensils, traditional music instruments, drums, traditional vessels used by drinking local brews, water. The various materials used to make these items are banana leaves, papyrus, trees, clay and gourds calabashes and these are sourced from forests, swamps, wild animals. Most of the country’s tribes are famous for earthern work, which helped in civilization of the local institution through modifying household equipment.
Traditional performances exhibited in Dance and drama is one of the important cultural aspects that cut across almost all the lifestyles of all the different tribes in Uganda and this makes Uganda to be a safe haven for authentic cultural encounters in Africa because visitors on Uganda safaris have the opportunity to be exposed to real African dance and drama. Your Uganda safari tour will offer you that one chance to encounter the local Ugandans when performing in Music celebrations especially in events such as naming of a child, birth of twins, marriage and death among other interesting cultural events.
Due to diverse climate and fertile agricultural soils in almost each and every part of the country, Uganda boasts of a variety of food. The favorable tropical climates have encouraged the growth of various vegetables and fruits, whereas the sunshine enables the growth and harvest of the crops. Therefore your Safaris to Uganda will provide you an opportunity to enjoy and test all the food types ranging from Matooke eaten in central Uganda to cassava, millet, sorghum in north and Eastern Uganda, fruits range from mangoes, oranges, fruit, pineapples, pawpaw’s, among others. In Uganda each and every tribe has its own delicious meals and the local brew made from bananas, cassava, millet, brown sugar.
Uganda Safaris/Uganda Safari News
Prime Uganda Safaris and Tours Ltd