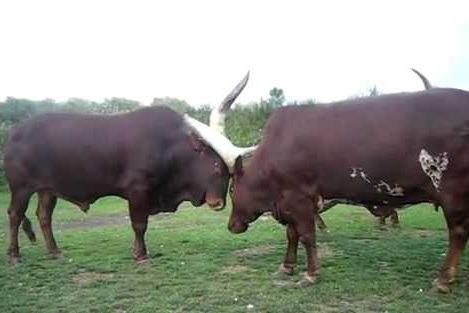 Ankole part of South western Uganda is traditionally known for its pastoral significance other than any other practice. The inhabitats of Ankole were referred to as Banyankole falling in two sub groups i.e. the Bairu and the Bahima. The Bairu were primarily cultivators and thrived in fertile and rain fed areas to ensure the thriving of their crops while the Bahima mostly thrived in the dry savannah grassland areas where they lived a semi-nomadic life and were primarily pastoralists. This setting still exists in some areas of Ankole and can be encountered while on safaris in Uganda.
The rangelands of Ankole are somehow dry landscapes that receive minimal amounts of rainfall through out the year and they are beautiful flat terrain characterized by savannah grass land and marked by acacia woodland and are celebrated for offering a perfect grazing field for the Ankole long horned cattle the unique species of the Bahima which are apparently among the key Uganda safari products.
This form of land setting occur in the area currently occupied by Lake Mburo National Park which is a destination for wildlife safaris in Uganda and the adjacent areas that form the greater Nyabushozi county. The rangelands are now inhabited by the former pastoralists who abandoned their traditional nomadism and apparently practice settled farming. They have impressive mixed breeds of Friesian and Ankole long horned breed while others have decided to maintain the two as separate quality breeds thus matching with development but without abandoning their heritage. These rangelands have formed beautiful farms with artificial dams that look like small lakes which are dug by the locals to harvest as much rain water as possible to enable them through the long dry spells that characterize the area. This makes them worth encountering while on Uganda safaris.
Due to their closeness to Lake Mburo National Park, it is not surprising to find cattle grazing along zebras and Impala justifying the harmonious living that these people had with the wild animals even before the area was gazetted as a national park.
Uganda safaris/Uganda safari News
Prime Uganda safaris & Tours Ltd safari News.