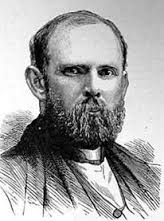 On 29th October 1885, Bishop Hannington lost his life in pursue of Christian mission to Uganda. He was murdered at Kyando 13km in the south west of Mayuge town, Busoga region on the orders of the then Kabaka of Buganda – Kabaka Mwanga. The site where he was murdered at has been considered to have a great religious significance and has in turn attracted the interest of faith-based Uganda safari undertakers. Considering the time of his execution, Bishop Hannington has been recorded as the first Uganda Martyr to have died of religion and is said to have contributed to great spread of Christian faith in Uganda as noted in his journal that “I have purchased the road to Uganda with my blood”. Uganda being one of the African countries that responded positively to gospel after the invite of missionaries by the then King of Buganda – King Mutesa I, many missionaries were inspired to come to Uganda including Bishop Hannington. After the failed first attempt, Bishop Hannington made it Uganda on the second attempt and entered from the East after launching his pioneer mission on the foot hills of Mount Kilimanjaro.
Unfortunately, there was a popular local belief that the enemies of Buganda will approach it from the Eastern direction. Thus when the Bishop arrived using the eastern route, it was terrifying news for the King who immediately ordered for his execution in defense of his Kingdom. This was later followed by the mass killing of the Uganda Martyrs one year later who had taken up the Christian faith. They were executed at Namugongo on the orders of the same King and the site is currently famous and is always visited by those on safaris in Uganda.
Considering this rich history, the Busoga Tourism Initiative in conjunction with Busoga Diocese have resolved to rehabilitate the site so as to tap into its tourism potential that can in turn increase safaris to Uganda and Busoga in Particular. Other projects are to be set up in memorial of Bishop Hannington including; water processing plant that will process water from well that is believed to be holly, Vocational Institute and Theological training school. Other advancements will feature modern accommodation facilities, paramedical school, hospital, swimming pool, trading center and a minor game park. This will help to diversify tourism products in Uganda from the traditional gorilla trekking safaris and wildlife safaris.
The Bishop Hannington Memorial Day will be celebrated on 29th October, 2014 at the very site where he was murdered.
Uganda safaris/Uganda safari News
Prime Uganda safaris & Tours Ltd safari News.