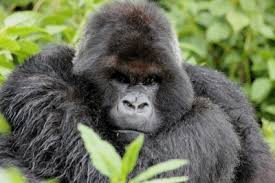 Following a month of intensive search in the Rwanda Gorilla Safari destination of Volcanoes National Park, the Dian Fossey Fund staff has eventually reached a conclusion that this mighty Silverback must have passed on.

Noted to be thirty eight (38) years, the legendary Cantsbee was born during the trying times when the poaching levels were considerably high something that had prompted Dian Fossey to champion anti-poaching patrols through funding. And it is from such efforts that Cantsbee has had an opportunity to live a longer successful life making it one of the iconic Mountain Gorillas in the Volcanoes National Park a common destination for travelers on gorilla safaris and tours in Rwanda.

Dian Fossey is noted to have believed that the mother of Cantsbee was a male until she gave birth. And in such state of surprise, she uttered “It can’t be” – something that would later result into the name of born baby Cantsbee. From then, Cantsbee has risen through series of development stages including; heading the largest gorilla family ever recorded and maintaining the dominancy for many years, producing many offspring and surpassing the Mountain Gorilla life expectancy.

When the news of Cantsbee missing were reported on October 10th, the trackers and the entire world kept optimistic that the Silverback could have been left behind by the group members due to his old age. The series of searches continued to be carried out until the Nov 3rd when the final big search was conducted by the joint seven teams of the Dian Fossey fund trackers and the Rwanda Development Board Park Authorities. It from this basis, that Cantsbee has been concluded dead.

Reflecting on his past, Cantsbee assumed the leadership of Pablo Gorilla group in the year 1995 and surprisingly maintained a multi-male gorilla family for quite some time. He is credited for caring and protecting the group members and would at times lead them to places with plenty of food.  His Son Gicurasi is the potential successor and the group is now showing normal behaviour unlike at the beginning where cases of sub grouping had been observed.

Pablo is a research group thus it is not among the habituated gorilla groups that are available for exploration on Rwanda gorilla trekking safaris and tours.

Mountain Gorillas are members of the Great Apes and are known to be living only in Rwanda’s Volcanoes National Park, Congo gorilla safari destination of Virunga National Park and Uganda’s Bwindi and Mgahinga Gorilla Parks. They are listed as critically endangered on the IUCN red list with only 880 individuals known to be left in the world.