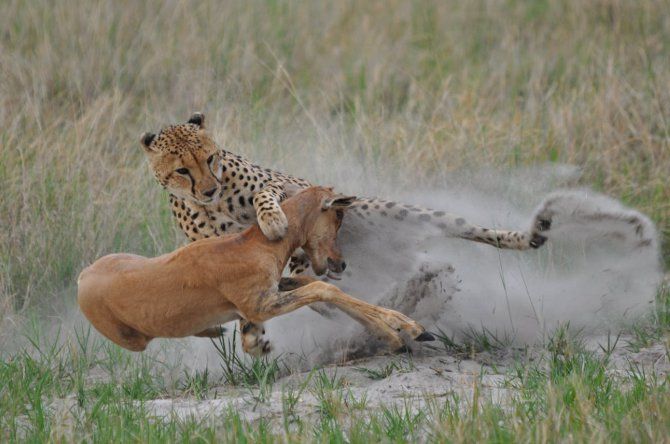 Cheetah also known Acinonyx jubatus is a member of the big cat family that thrive in the south and east of Africa including Uganda where they are explored on wildlife safaris in Uganda and some parts of the destination Iran.

Cheetah is recorded to be the only living member of Acinonyx genus and is recorded to have first been detailed in 1775 by Christian Daniel Von Schreber. It is marked by slender body, spotted coat, deep chest, rounded small head, long spotted tail, long thin legs while its face is marked by tear-like streaks as viewed on Uganda Safaris and tours.

The Cheetah is a bit light and slender which differs greatly with the construct of other big cats. It stretches to 70 – 90cm at the shoulder height along with a weight of 21 – 72kg and though it is noted to be taller than the leopard, it is considerably smaller than the Lion of which the later two are members of the Big five and among the most after species by travellers on Safaris to Uganda.

With its coat marked by over 2,000 solid black spots, the Cheetah is active during the day doing great deal of hunting. The mature male cheetahs tend to be social though territorial living in groups called Coalitions while the females are not territorial and can live solitary life or thrive with their off springs in home ranges.

Regarding the diet, the Cheetahs are carnivores and prey majorly on gazelles and antelopes. They are noted to track their prey to a range of 100 – 300m from which they run fast to attack it and would kill it by tripping during the chase before biting its throat to suffocate to death. Being the fastest land animal, the cheetah can run an averagely 64km/h while hunting.

Cheetahs are known to breed throughout the year and their gestation period takes close to three (3) months after which 3 – 5 cubs are produced.  At 6 months, the cubs are weaned but they tend to keep together for some time.

The Cheetahs majorly thrive in dry forests, savannahs and scrub forests. In Uganda, the Cheetah can be found in the Uganda Wildlife Safari tour destination of Kidepo Valley National Park to the north east of the country.

Regarding the conservation status, the International Union for Conservation of Nature (IUCN) red list records them as Vulnerable for their population has greatly reduced as a result of hunting.