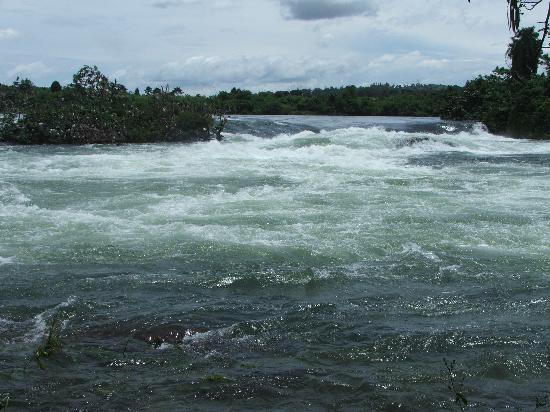 Jinja is in the enchanting mood as the hopes of developing the Source of the Nile – one of the famous and strategic Uganda Safari tour sites have eventually met the reality. Mr Yong Wan, the Mayor of Chinese City of Wuhan in his recent visit promised support in terms of infrastructure as regards the beautification and development of the this site.

Interestingly, Wuhan and Jinja have got a remarkable similarity since they are both gifted with lush flowing water bodies in their neighbourhood.  The City of Yuhan is positioned at the convergence of Han and Yangzi Rivers in between Beijing and Guangzhou. The Wuhan City is composed of three (3) towns including; Hankou, Wuchang and Hanyanga overlooking one another across the majestic rivers but connected by bridges.

Due to these similarities, Mr. Wan derives his motivation to collaborate with Jinja Municipal Council to develop the town of Jinja commencing with infrastructural support that will see the source of the Nile among the great natural attractions in the world that will definitely prompt world travelers to plan safaris to Uganda

The plan is to develop the source of the Nile without distracting the natural flow of River Nile – the world’s longest River which is the same model that Wuhan followed to establish a vibrant city. This means that the cultural and historical identity of Jinja will be preserved for the benefit of the local people and those on Africa holiday trips in Uganda Rwanda.

The Collaboration agreement was reached on by the Jinja Municipal Council leaders and Mayor of Wuhan City to guide the developments. This was in reiteration of the visit by the Jinja Municipal leaders to Wuhan in September where an agreement was reached to collaborate in a range of aspects including investment and tourism. The construction of a five star hotel along the Source of the Nile was proposed to be the first project in the infrastructure development agenda.

Besides the Source of the Nile, Jinja features great adventure possibilities including White water rafting, Bungee jumping, quad biking, fishing, kayaking, horseback riding among others that combine to generate lasting experience for the Uganda tour enthusiasts.