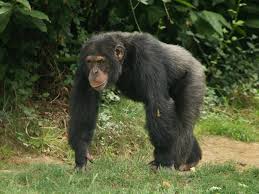 This wildlife safari product is a distinct black coated ape, more highly correlated to human beings than to any other breathing being. They live in large, loosely bond communities based around a core of related males with an alpha male topping this internal hierarchy. Gender of females is largely greatly attached to their inner group than males. Emigration between communities not unusual. Mother-child bonds are strong. Daughters usually separate from their mother only when they approach adulthood, from which the attachment with each other may be detached. Mother-son relations are known to last for over 40 years. A troop has a well-defined core territory which is fiercely defended by regular boundary patrols.

Chimpanzees are more of fruit eating creatures, but can also consume meat and even hunt on occasion. Preys like red colobus monkeys are often hunted in Tanzania’s Gombe stream and Mahale mountains national parks, while researchers in Kalinzu forest in Uganda have witnessed blue and red tailed monkeys being consumed by chimps, including abortive efforts to hunt black and white colobus. The usage of tools by these creatures was first noted in Gombe stream in Tanzania, where they regularly use modified sticks to fish in termite mounds whereas in West Africa, they have been observed cracking nuts open using a stone and anvil. Chimpanzees are considered to be among the animals with the highest degree of intelligence which have been evidently seen in their ability to communicate in American sign languages. Chimpanzees are classic wildlife and one of the original dwellers of the rain forest and woodlands from Guinea to western Uganda. A lot of studies their behaviour on have been carried out by Jane Godall since 1960. In fact these studies led to establishment of Ngamba island chimpanzee Sanctuary to provide home for the orphaned chimps. Chimpanzees mostly dwell in the forests of western Uganda such as Kibale Forest, Gorge of Kyambura in Queen Elizabeth National Park, Semuliki National Park, Budongo and Kaniyo Pabidi forests near Murchison falls National Park. These provide opportunities for Chimpanzee trekking, Chimpanzee habituation and the general primate tour while on Uganda safari-tour.