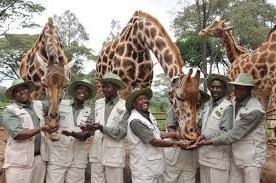 Conservationists have come up with great efforts to control the encroachers who try to destroy tourism resources; this has helped in preserving and conserving these resources hence increasing the number of safaris to Uganda.

Uganda has got many resources which have continued to be visited by tourists who come for Uganda safaris, these resources include; the mountain gorillas, chimpanzees, the culture of the people of Uganda, land scape and many more, all these have helped at increasing the income levels of the tourism sector.

The government has also come up to support these conservationists through training the UWA rangers who can help in providing security to them as they carry out their duties in the national parks , this will help in the conservation and preservation of the tourism resources hence increasing safaris in Uganda.

Uganda’s tourism potentials need to be conserved and preserved since some of the wildlife is considered  to be endangered species like the mountain gorillas which have continued to attract more people to take up mountain gorilla trekking safaris to Uganda,. The chimpanzees also need to be conserved since they come to extinction and all the wildlife hence increasing the revenues of the country.