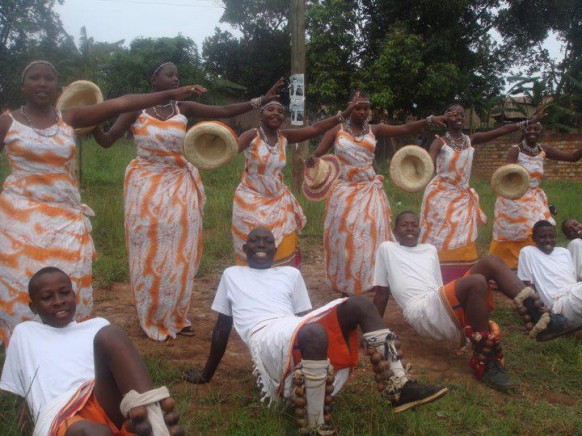 Witnessed by many Travelers that had come on various Uganda safaris, January 11th saw the New York University students together with students of Keenote the strains performed a Ugandan traditional dance with bits of Osibire bubi muwala we buyodi adokho, a Samia ethnic group inFang Fang Hotel in Nakasero.Such perfomances are to many tourists a Uganda safari highlight.

The singer was Ian Collense, a gregarious Australian student, who is on a Study Abroad programme, which has brought students from New York University (NYU) to Uganda every January since 2007.

Themed projects
Two days later, he performed the Owaro dance alongside students of Keenote Centre in Mukono, almost upstaging them with how confidently he sang songs like Adokho, Orado, Auma wunyekele, Tula erwanyi, and Sesa alambe which were in a foreign language that is new to him this was so creative indeed.

Ian had spent only five days learning six Samia songs, and another four from the Ankore’s ekitagururo dance, during the workshop phase of the cultural exchange along with some dance students from Makerere University’s Department of Performing Arts and Film (DPAF).

This shares a formula with like-themed projects in which they collaborate in workshops and the product is part of a showcase performance, which is usually free to the public to observe. In between, the Ugandans play host, Uganda safaris tour guides, translators, and chaperones.

Questionable areas in this issue are many. Honestly, is it really fair exchange when one side is giving authentic traditional dances as well as their traditional songs and another is only offering personalized choreography? If the hosts are not the chief sponsors, who exercises control over this program’s funds?

Personal benefits
Never the less despite such inherent challenges, the experience is largely mutual benefit to those who participate in the exchange programmes.

A case in point is Mabingo AlfDaniels, currently a Fulbright Scholar doing a Master’s degree in Dance Education at New York University. He narrated “Yes, I had lobbied and applied several times, but I believe when I added the experience of the NYU-DPAF collaboration to my submission, it greatly helped my chances of winning the scholarship. On a personal note, I can say this is how advantageous such programmes are,” testified Mabingo.

His equivalent on the NYU side is Yoko Sasaki, who first came to Uganda in 2009 as a study abroad or exchange program student as it is commonly known. This year, she later returned as a programme Assistant. Sasaki recognizes the competitive class and honor she attained after participating in this exchange program.

“Right after leaving in 2009, I applied both the positive and challenging feedback that I either observed or was told, and out of this experience learnt to be a better programme coordinator. Google is definitely no substitute for living and earning such an experience,” she explained.

The bigger picture
Professor Jill Pribyl, the Programme Director of the NYU-DPAF collaboration in Uganda, compares the aspect of teaching Ugandan dance to exchange program students to a pilgrimage. “It is like the difference between praying in church, and attending mass in Rome with the Pope giving the sermon.” She said.

She also believes in the values attained through such interactions countering the stereotype image people have of a desolate Africa with war-ravaged and hunger-stricken children having flies and tears on their faces.

“Foreign students who experience the various identities of Africa through the Ugandans they collaborate with can never again oversimplify the African situation,” she further explained.

Dispelling stereotypes
The ripple effect, on the students and the ones they teach, when they return to their countries is how cultural exchange programmes can be a viable approach of marketing and globalizing Uganda’s culture and arts or Uganda safaris at large, overcoming unflattering stereotypes and generalizations, and raising inter-cultural awareness as well as create appreciation.

Professor Deborah Damast, the Programme Director of NYU’s Study Abroad Programme to Uganda, explained the program’s value of fractal theory where its benefits reach where the teachers and resources do not or unable to.

She used the example of Vanessa Schneller, who participated in the inaugural program in 2007. “Every year since then, she has been teaching the Kimandwa dance to children. Last year, when she brought her second graders to a community workshop, they performed Kimandwa exactly as we all learned it, complete with lyrics and original dance moves”, which was really impressive.

Every year, at the exchange students learn two different Ugandan dances. Since 2007, these included the Bakisimba and Amaggunju from Buganda; Ekimandwa, Ekizino and Ekitaguriro from Ankole, Gaze from West Nile, Owaro from the Samia, and Naleyo from Karamoja which all represent different Ugandan regions and bring out Uganda’s cultural heritage as can be witnessed by ant one that has had a Uganda safari that featured a Uganda cultural tour/dance expore.

By transforming Ian and Vanessa into ambassadors of Ugandan cultural arts, programmes like the NYU-DPAF collaboration popularise and making them valuable commodities in marketing Uganda’s cultural heritage thus contributing to Uganda’s tourism sector. More so, to the visiting teachers who incorporate the knowledge attained into subsequent classes upon returning home also help not only improve the Uganda safari sector and market all Uganda safaris.

“Gaze, Kizino and Ekimandwa are popular among former participants who specifically designed units on Ugandan dance and inter-cultural awareness after their exchange program here. Is there a better way to create a discipleship for Uganda’s arts and the country by association?” asked Mabingo.