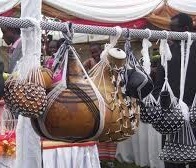 Cultural tourism in Uganda is developing at a high rate which has helped in attracting more tourists to come for safaris to Uganda. Culture is a great impact to the tourism sector since it helps in providing specific information about the cultural sites in Uganda.

Historical sites in Uganda are widely spread all over the country and they are mainly located in towns, kingdoms, chief doms and rural areas of Uganda, there are many cultural sites in Uganda that are worth visiting during holiday  safaris to Uganda in order to experience the cultural adventure.

Uganda has a variety of cultural differences were by every region has its own unique customs and culture. The underlined safaris will give you an opportunity to witness the diversity of culture in Uganda. Bulange building is a traditional seat of Buganda parliament located on the southern side of Natete. This is one of the most impressive colonial era building in Uganda.it provides the history of the kingdom, the exotic giant tortoises dawdling around the gardens of impressive building. These have greatly attracted increasing numbers of tourists to come for safari tours to Uganda.

Kabaka’s lake and the palace are also great sites for Uganda and they have continued to attract more safaris in Uganda. The lake is the biggest man made lake in Uganda and it attracts many birds which can be seen on its shores. The palace has also attracted many travelers to Uganda hence promoting cultural tourism.