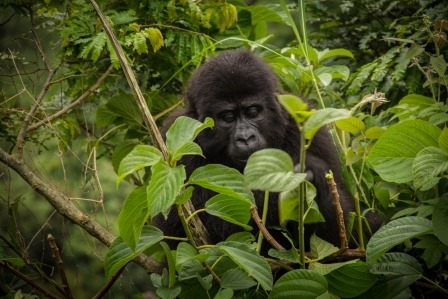 The African continent tourism industry is experiencing a steady rise and is on the course to realize its utmost potential considering the African Tourism Monitor Edition 2015. The report which is published per year by the Africa Travel Association, African Development Bank and the New York University’s Africa House was released last month and give the destinations of Morocco, South Africa, Egypt and Tunisia along with Zimbabwe as the dominant countries that received enormous counts of world travelers.
The aspect of the African Big five of Land animals seems to be trickling to the Africa’s Big five in terms of the most visited destinations. The countries of Morocco, South Africa, Tanzania, Tunisia and Namibia feature more in the range of travel listings while in the combination of over fifteen and beyond publications, the destinations of Mozambique, Egypt, Rwanda along with Zimbabwe have been selected more than once.
However, despite the average performance, the destination Rwanda insist on the high end strategy in her marketing setting something that seem to have limited the numbers arriving for Safaris in Rwanda. For example the price of gorilla permit in Rwanda standing at $750 remains a concern to many which in turn limits the interest of the same to explore the Rwanda gorilla safaris.
Rwanda keeps the gorilla trekking permit price at $750 while the neighboring Uganda gives out the permit at $600. Even in the low season, the travelers taking gorilla safaris in Rwanda pay the same amount while in Uganda, the Uganda gorilla trekking safari undertakers pay only $450 in the months of April, May and November. In the neighboring Congo, the gorilla permits stand at $400 in the high season while in the low season, the travelers on Congo gorilla safaris can pay $200.
Mountain gorillas remain a notable Africa safari attraction and the main selling preposition for the destination Rwanda forming the primary component in any Rwanda safari package and those of the neighboring destinations including Uganda and Congo. Therefore taking a sensitive look at the permit price in the increasingly competitive tourism marketing in the region is significant for the nation’s tourism sustainability.
Despite the above notion from the tourism proprietors, the Government is confident of its strategy noting that the high end Strategy has worked well and the tourist arrivals are on steady increase. The head of Rwanda Development Board Faustin Karasira notes that the price is not an issue so long as the Rwanda gorilla safari undertakers are willing to pay it. The strengths like the reputation of gorilla conservation and manageable travel and gorilla trekking distance give Rwanda a ground to succeed with her strategy.
Meanwhile the figures of the tourist arrivals in Africa continue to rise with 65.3 million people noted to have visited Africa in the year 2014 generating $43.6 billion. Apparently the continent of Africa takes 5.8% of the world’s travel arrivals and 3.5% in receipts on the same scale.