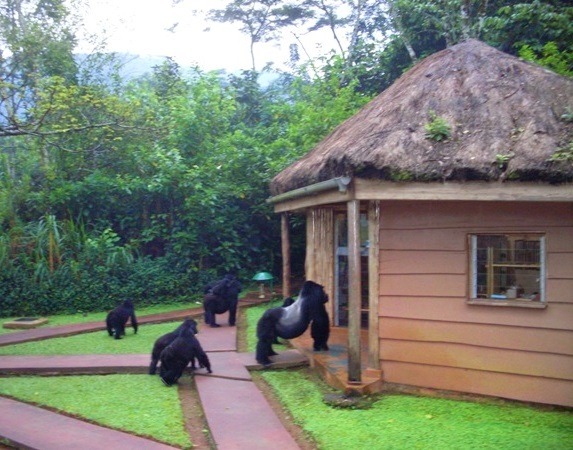 The public body which is charged with the responsibility of managing and ensuring the sustainable use of Uganda’s protected areas, the Uganda Wildlife Authority announced  to the world of travellers including those that undertake safari tours to Uganda an offer of discounted gorilla permits for the month of November so as to make gorilla trekking safari to Uganda cheaper.
This move was not an ordinary attempt that people were willing to joke with. Instead they took advantage of it and enrolled them selves to undertake gorilla safari tours in Uganda which kept the impenetrable forest of Bwindi vibrant through the month which is always considered as a low season. Gorilla trekking permit is a document that is issued by Uganda Wildlife Authority (UWA) giving you the due access to undertake gorilla tracking activity in the Uganda’s gorilla parks of Bwindi and Mgahinga.
During the month of November, the gorilla permit was priced at 350USD for Foreign Non Residents, 250USD for Foreign Residents and 150,000/= for East African citizens unlike the usual price which is 600USDpp for Foreign Non Resident, 500USD for foreign residents and 250,000 for East African residents. This made the gorilla safari in Uganda cheaper throughout the month thus pulling counts of tourists to utilize this opportunity. The travellers were able to incorporate gorilla tours in their wildlife safaris in Uganda. However, Rwanda did not attempt to give any offer to travellers to undertake gorilla safaris in Rwanda thus her permit was maintained at 750USD.
Mountain gorillas are apparently considered as world’s critically endangered apes and they only live in the forests of Bwindi Impenetrable National Park 400 of them while the rest 480 thrive in the Virunga massif which is shared by Uganda’s Mgahinga National Park, Congo’s Virunga National Park and Rwanda’s Volcanoes National Park.
Gorilla  safaris/Gorilla safari News
Prime Uganda safaris & Tours Ltd safari News.