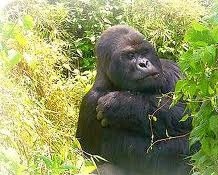 Domestic tourism involves visiting the tourist attractions which are found with in the country, these include; the major national parks, the mountains, game reserves and many more which can attract safaris in Uganda. This can certainly help in attracting more tourists especially the Ugandans to participate in tourism.

The government of Uganda, however has put up projects to help in promoting domestic tourism with in the country, this has been done through encouraging the Uganda Wildlife authority to reduce the entrance fees for the local people so that they can be able to participate in Uganda safaris.