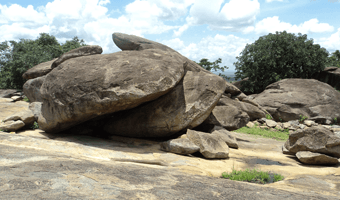 The Local government of Lango along with the private sector have appreciated tourism including Uganda Safari tours as a significant drive to economic development following the campaign drive undertaken by Uganda Tourism Board – the national tourism marketing body.

The local leaders met with the team of tourism officials that were led by Hon. Godfrey Kiwanda the State Minister for Tourism after which they visited a range of Uganda tour sites in the region along with undertaking tourism sensitization in communities and schools. The campaign named Tulambule /Olim Lango attracted a range of participants including Civic and cultural leaders along with Members of Parliament.
This adventure vacation safari in Uganda commenced on Thursday crossing into the Lango region on  National Roads Authority (UNRA) ferry from Nakasongola to the district of Amolatar before proceeding to Kangai Area where the two famous Kings of Buganda and Bunyoro namely Mwanga and Kabalega respectively sought a refuge in their struggle of resisting against colonial rule.

The sub region of Lango covers a range of eight (8) districts including; Amolatar, Alebtong, Apac, Kole, Dokolo, Lira, Otuke and Oyam and apart from the historic sites like the one cited above, the region also features remarkable local cuisine and local music instruments that stimulate exciting cultural dances which combine to make the region worth visiting while on safaris in Uganda.

The Institutions that participated in the drive include the Ministry Tourism, Wildlife and Antiquities, Lango Tourism Cluster and Uganda Wildlife Education Center.  The Tulambule is a nationwide campaign that is aimed at enhancing domestic tourism through site visits, identification, mapping, branding and promotion of tourism products.