A DRIVE TO MENDELY OF WONDERS – UGANDA SAFARI NEWS

Home » A DRIVE TO MENDELY OF WONDERS – UGANDA SAFARI NEWS 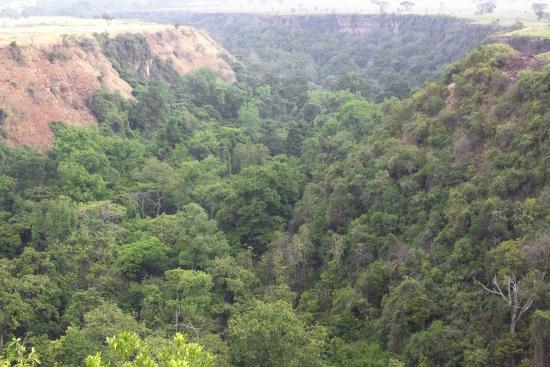 Queen Elizabeth National Park is arguably Uganda’s most famous national park and it’s also the second largest national park, at 1978km² of protected area that borders D.R.Congo in the west. Its far reaching savannah plains of endless grasslands, tinged with the twisted shadows of big acacia trees, have made it one of the images of a wild and untarnished great Africa.

Prides of African lions laze easily in these long grasses with plentiful families of African elephants feeding on the acacia bark and trump across the plains and a number of African wildlife which inspires numbers of travelers.

This park has got varied zones in which each of the ecosystems is subtly different. Mweya peninsular in the Center of the park is the most popular and most easily visited area of the park. The Kyambura River in the South Eastern Corridor is the location for the dramatic chimps of the lost gorge in Kyambura gorge.

The Kasenyi plains to the East offers an experiencing part of the park rewarding with its game-viewing and privacy with a change to see plentiful game especially during the dry season.

Besides the traditional vehicle-bound safaris, the hot-air balloon over the Kasenyi plains has become a safari in Uganda rite-of-passage for travel enthusiasts. The balloon flights depart at early in the morning over these plains and take travelers close to over the awakening herds of Buffaloes and Uganda kobs, Elephants and Lions.

This extra altitude allows Visitors to witness the striking stretches of the Kasenyi plains punctuated by cactus. Whereas in the sky; one will have Africa all to himself.

The vast buffalo, Elephant and Uganda Kob herds, huge predator concentrations along the Kazinga channel, uninterrupted views, river crossings the underground forest of Kyambura gorge, huge lion prides, leopard sightings and one of the best camping experiences in Uganda. What more would you want! Queen Elizabeth National park is one of the very rare places in Uganda that has received so many accolades yet manages to live up to all this hype.

The park is surrounded by amazing tribes such as the Bakonzo and Banyaruguru, there is even more to this national park than meets the eye. In a nutshell, Queen Elizabeth National Park is a mother of all safari parks and one of the most celebrated wildlife reserves in the Uganda. It is like a lost world in Uganda.

To increase your chances of viewing the amazing wildlife, choosing the best accommodation while you are traveling is crucial. Visiting Queen Elizabeth National park is really the best any traveler can get from a tour to Uganda.