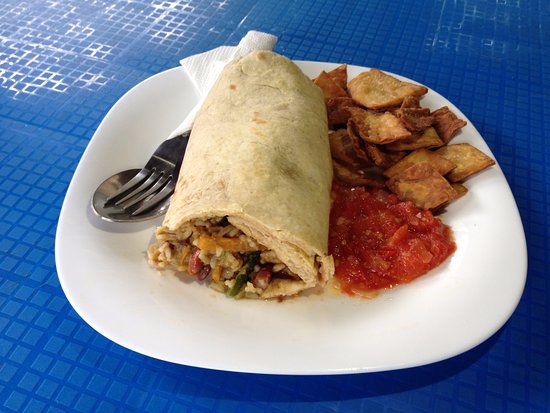 Positioned in the Village of Bigodi in the district of Kamwengye, Eco Burrito is one of the interesting additions in the Uganda’s community driven conservation initiatives that have hastily caught the attention of the travellers on Safaris in Uganda.

The word Burrito itself sounds exciting. Originating from Mexico, the Burrito in Bigodi Village on the border of Kibale National Park a famous Uganda Safari site for Chimpanzee trekking and habituation along with birding is prepared using local ingredients presenting an opportunity to the natives to explore this overseas delicacy and the foreigners to have a taste of their home delicacy while on Africa Safari holiday.

The usual foods of Uganda such as rice, Avocadoes, beans along with Chapattis are combined to create something new and this goes by the name Burrito!  Interestingly, the Burritos of Bigodi go beyond being the best burrito in the south of Sahara to also champion the community conservation arrangement. The Eco Burrito Restaurant in Bigodi gets the ingredients from the local people, recruits staff from within and trains them and works with the local school along with the Kibale Association for Rural and Environmental Development (KAFRED) to further the cause of conservation.

The Eco Burrito positioned close to Bigodi wetland Sanctuary the most successful community conservation initiative in Uganda and a popular spot for travelers on safaris and tours in Uganda interested in eco walks after chimp trek. The restaurant comes as an addition to various community led conservation initiatives that the people of Bigodi Village have put in place to reduce over reliance on the park for survival.

It is one hour drive from Fort Portal and a few minutes from Kanyanchu Tourism Center thus presenting a nice point for lunch after the chimpanzee trekking encounter in the park or an extensive morning birding experience in the park.