THE EFFECT OF BAMBOO DISTRIBUTION ON MOUNTAIN GORILLAS IN RWANDA

Home » THE EFFECT OF BAMBOO DISTRIBUTION ON MOUNTAIN GORILLAS IN RWANDA 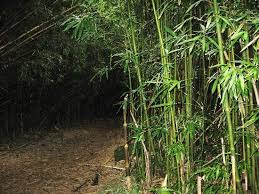 Bamboo is a notable food plant for a range of wildlife thriving in Volcanoes National Park including Mountain gorillas often encountered on gorilla safaris in Rwanda.  Therefore it is such a significant endeavour to monitor the growth of Bamboo every year to ascertain its impact on wildlife and predetermine its distribution.

The Dian Fossey Fund International has been undertaking intensive studies from the past on a range of a hundred (100) plots in the dwelling range of Mountain gorillas and Golden monkeys – two popular Rwanda Safari primates in Volcanoes National Park to compare and quantify the production rate and re-generation of the bamboo shoots every season.

It can be noted that the zone of Bamboo is positioned on the lower layers of the park close to the park borders and the community agricultural plots. And it being a darling diet for the Mountain gorillas, the season of the bamboo shoots attracts them to this area and at times they range beyond the park borders resulting into encroachment on community fields. The Rwanda gorilla safari tour undertakers who travel in this period are likely to encounter these species in this area.

The Bamboo shoots are the most preferred amongst the gorillas compared to other parts of the plant and during this plant section can constitute 90% of the gorilla diet of its season. This becomes a point of interest since its availability determines the movement and feeding habits of Mountain gorillas which is very relevant to the travelers on gorilla safaris and tours in Rwanda in terms of tracking duration and the altitude of the trek.

For this year, the trend in Volcanoes National Park has appeared to be different. The first rain season did not bring along a myriad of Bamboo as it was actually 1/10 of what appeared in the previous year according to the Biodiversity Programme Manager at Karisoke Research Center Mr. Deogratias Tuyisingize. The routine of gorillas to move to the down layers ever since the rains appeared in March has been slow with some gorilla groups undertaking few attempts to check if there is Bamboo and after a little time of feeding, they go back to the upper layers where evenly distributed and consistent vegetation sources thrive according to Veronica Vecellio the Gorilla Program Manager.

Now, the effect of this decreased production of bamboo on the gorilla demography and ranging is still unknown. The issue of them remaining in the upper layers could pose an effect on the groups’ interaction patterns and nutritional intake. The ranging of Mountain gorillas beyond the park borders has reduced with only 10 times recorded which is far below the 66 times that were recorded last year in the same period.

Besides Mountain gorillas, the Bamboo availability has also had an effect on other wildlife explored on Rwanda tours including golden monkeys that have been forced to expand their home range so as to secure enough food.  The Bamboo constitutes 70% of the golden monkey diet.

However, the researchers are still optimistic that this is a natural vegetation cycle and hopeful that they will be available in the subsequent rainy season.