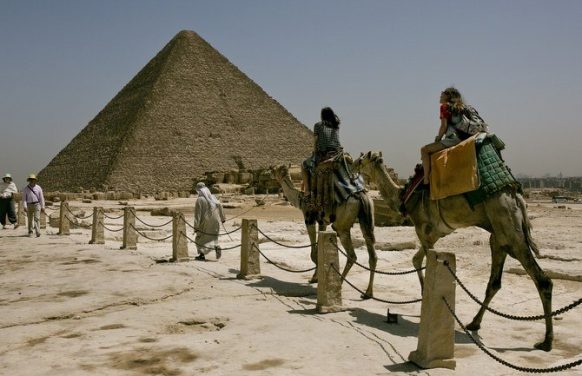 After being under lockdown for more than two months, Egypt is now planning to open its doors for tourists from July. The country will start its commercial flight and welcome back air traffic starting July 1, 2020. The pandemic has shuttered Egypt’s tourist industry, which the government says accounts for 5% of economic output but which analysts say may account for as much as 15% of jobs and investment indirectly related to the industry are included.

Egypt is preparing to reopen archaeological sites for visitors following a four-month shutdown to prevent the spread of the coronavirus. The Minister of Tourism and Antiquities, Khaled El-Anani, confirmed the reopening of some of Egypt’s most significant archaeological sites, starting in July. The decision covers eight sites across four governorates and comes as foreign tourism gradually returns to the country.

Khaled al-Anani, the Tourism Minister of the country, has introduced some new measures for air travellers, airports and hotels to ensure the health and safety of tourists to the country. According to him, tourists will have to undergo a Coronavirus test, if coming from high-risk zones.

The eight sites reopening in July are the Pyramids of Giza and their surrounding areas, the Egyptian Museum in Tahrir, the Citadel of Salah El-Din, the temples in Karnak and Luxor, Hurghada Museum, Abu Simbel temples and the Temple of Philae in Aswan. Other archaeological sites will gradually reopen until September.

Despite resuming operations in these locations, precautionary measures will be taken to ensure visitor and staff safety. Under the measures; 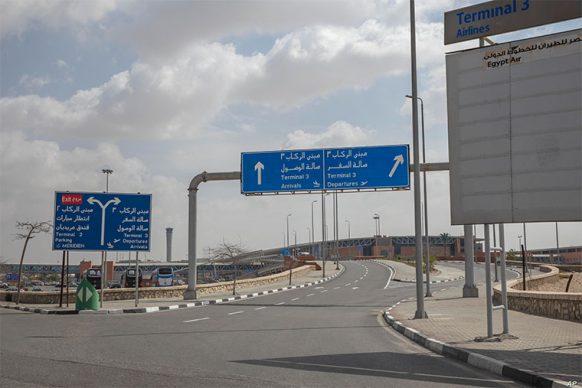 While domestic flights were still operating during the outbreak for domestic travellers in most countries, the Egyptian government has announced that flights will resume for those countries that have reopened their airports from next month. “A number of global carriers have expressed willingness to resume flights to Egypt in July, and as a result, we are considering a gradual resumption of international flights beginning towards the end of this month and in the first half of July.”

Mohamed Manar Anba, the Civil Aviation minister, in a news conference, said that international flights would resume gradually in the country and tourists will be welcomed once again in Egypt. Though international flights will return, tourism will be limited for some time. As per reports, only three seaside resorts regions would be made accessible to international visitors.

The Foreign and Commonwealth Office have advised Brits, “You are responsible for making your own travel arrangements to the airport which could be during curfew hours. Egyptian authorities may ask to see your ticket and passport on the journey to the airport.” It further said, “The Egyptian authorities have announced that, from 1 July, international flights will be permitted to and from Egyptian airports.”

Hotels to Reopen but With Restrictions… 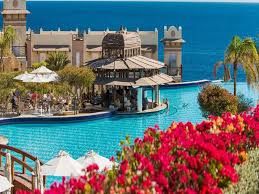 Hotels will require a license from the Ministry of Tourism and Antiquities and the Ministry of Health and Population before reopening. The tourism ministry said on Friday that the number of hotels which will be allowed to operate at a reduced capacity has increased to 232 in 13 governorates, after their adoption of safety measures outlined by the ministry. The decision was made after they received a hygiene safety certificate approved by the government in accordance with the standards of the World Health Organization.

These measures are currently being relaxed, with hotels that meet certain requirements, such as;

Strict measures will be taken against hotels which fail to follow government guidelines.

Resort beaches will also be reopened for tourists in July but public beaches are still under consideration, State Information Minister Osama Heikal explained during a televised briefing. “We have to prepare,” cabinet spokesman Nader Saad said during a televised interview last month.

Tourism brings in around $1 billion in revenue for Egypt each month, so the impact of the border closures caused by the pandemic has been significant. The pandemic has shut down Egypt’s tourist sector, which the government says accounts for 5% of GDP. Analysts say the figure may be as high as 15% if indirect jobs and spending and investment are included.

Egypt, a nation of about 100 million people, has registered 50,437 cases of the coronavirus and 13,528 deaths. The number is lower than many European countries but cases have climbed in the past three weeks.

15 Days Route of the Holy Family Tour in Egypt