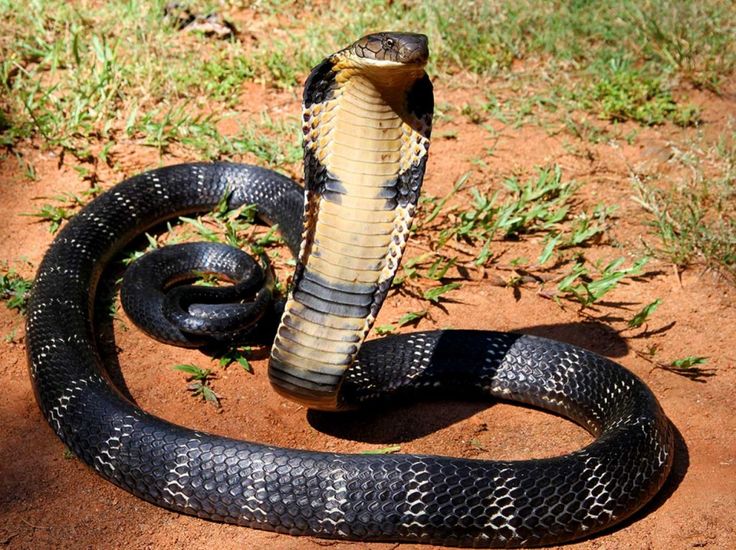 Scientifically referred to as Naja Arabica, the Egyptian Cobra is one of the largest cobra species that is native to various parts of Africa including Uganda where it is encountered on Uganda tours.

The Egyptian Cobra is marked by large depressed head which is slightly separated from the neck while the neck features long cervical ribs that provides for expansion. The snout is broad and rounded while the eyes are big marked with round pupils as often explored on Safari in Uganda. The Egyptian Cobra features stout and cylindrical body along with a long tail and the average length is 1 – 2m with 3m being the maximum.

Regarding distribution, the Egyptian Cobra is spread in the areas of North Africa, West Africa Savannah, the south of Congo basin and the savannah and semi arid landscapes of East Africa including countries of Uganda, Kenya and Tanzania where world travellers on Combined East Africa Safari tours have chances of exploring it.

Its habitats are diverse but include dry to moist savannahs, steppes and semi-desert landscapes. The Egyptian Cobras are terrestrial and nocturnal but they can at times be encountered basking in the sun especially in the mid-morning. They consume mainly toads but can as well take in birds, small mammals, lizards and eggs.

Egyptian Cobra can release 175 – 300mg of venom on a single bite which affects the nervous system halting the transmission of nerve signals to muscles and later the lungs and heart resulting into loss of life.

Regarding conservation, the Egyptian Cobras are listed as species of Least Concern on the red list of International Union for Conservation of Nature (IUCN). Travellers on Uganda Safaris have always encountered these species during game drives in a range of protected areas. Actually, one group of our clients led by Kameroon Shadrick encountered two fighting Cobras in Queen Elizabeth National Park in 2015. https://www.tripadvisor.com/LocationPhotoDirectLink-g293841-d4723279-i133059737-Prime_Uganda_Safaris_Tours_Day_Trips-Kampala_Central_Region.html