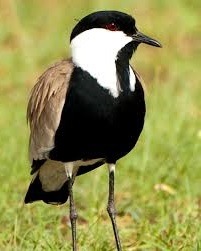 Budongo Forest is one of the natural forest reserves protected in the north western part of Uganda just on the way leading to Murchison falls national park. The forest is expected to be the only forest in the whole of African continent with largest number of Mahogany forest tree species and it’s also home to various species of the world endangered species of the Chimpanzees and due to the existence of these rare species in the forest ,Different travelers as well as Researchers from various corners of the world have taken Safaris to Uganda particularly to this forest to carry out research about the unique species in the forest and for tourists to spend some magical time with the endangered species of the chimpanzees in the forest.
Budongo forest is one of the important bird watching areas that the country recommends visitors interested in having memorable bird watching experience with the different 360 bird species found in this forest. Taking tours and safaris to forest reserves rewards the visitors with marvelous safari full of enjoyable bird watching experiences which cannot be got elsewhere apart from Uganda the pearl of Africa. Besides the birds, one can also enjoy the sights of the 290 colorful butterflies housed in the forest as well as the 130 species of the rare Moths.
The forest is compose of 465 tree species which are covering an estimated area of 42 800 hectares of land with patches of predominant Savanna and woodland vegetation. The prominent forest is well drained by four small rivers identified as Waisoke River, as well as Sonso and Bubwa Rivers. The dominant forest types in the park include the Cynometra as well as the prominent swamp-forest mixed and the Cynometra-mixed, colonizing. The largest portion of the Budongo forest reserve is commonly occupied by the tropical high-forest communities. The other forest types found in the forest is the Combretum savannah which occupies the drier parts of the forest and the mid altitude semi-deciduous Cynometra-celtis forest covers almost half of the total site. Visitor to this forest can also enjoy the visiting some of the Eco-tourism sites located the forest and Kaniyo Pabidi plus Busingiro which contain unique species which can be enjoy by traveller on his Uganda birding safari.
A visitimg Budongo forest will enable one to enjoy the views of the prominent two endemic bird species which can be only found in this particular birding area in Uganda and even in the whole part of East African region. The Budong o forest Reserve is considered to be the second forest after the bird’s haven Semliki national park in Uganda with rare species like Guinea Congo Forest-Biome as well as the Yellow-footed Flycatcher, commonly identified only in Budongo forest, Besides the species which are mentioned, the forest also rank to be the finest birding place in Uganda of the rare species of the Zoothers camaronensis plus the uncommonly species of the Smithornis rufolateralis, Sylvietta dentias well as the Neafrapus cassini, Batis ituriensis and the Ixonotus guttatus. The mentioned forest species are uncommonly sighted in other forest Reserves apart from Budongo forest Reserve and there for taking birding safaris to Uganda’s destination of Budongo will offer bird lover to enjoy his or her time while watching the different unique bird species.
Uganda Safaris/Uganda Safari News
Prime Uganda Safaris and Tours Ltd