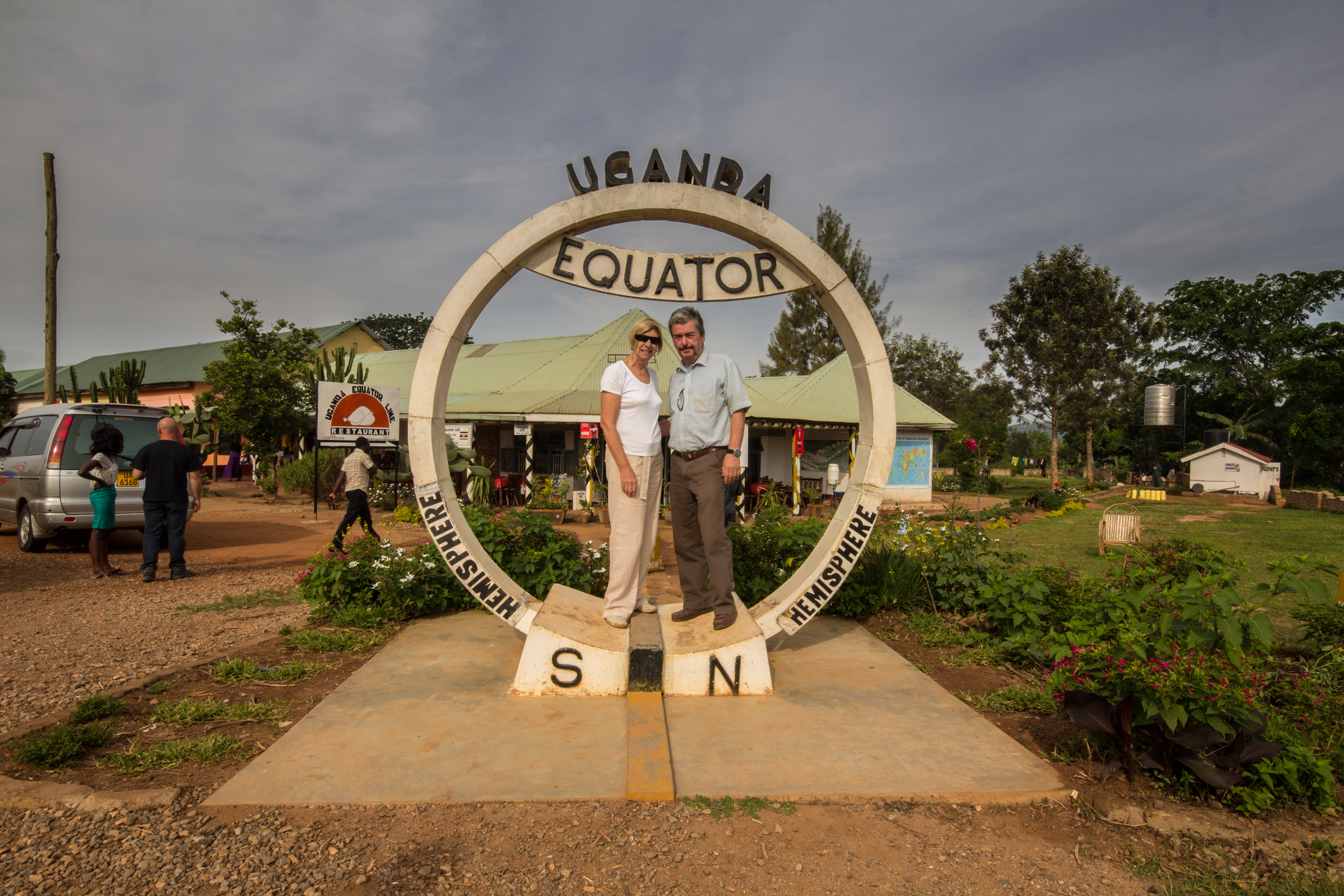 Dubbed the Pearl of Africa, the destination Uganda features unique natural landscapes that always leave the Uganda Safari tour undertakers in a state of amusement.  The world’s main latitude commonly known as the Equator can be crossed twice while on tour in Uganda.

At Kayabwe 72km from the country’s main capital Kampala en route to the Uganda gorilla Safari destination of Bwindi Impenetrable National Park, the sight of two beautiful poles indicating the north and south hemisphere stand amidst a very impressive craft village marked with a range of craft and coffee shops where one can pop in for a souvenir purchase or for a hot cup of Uganda Coffee.

The second site lies in the savannah stretches of Queen Elizabeth National Park where travelers on Wildlife Safaris in Uganda pose for remarkable photo shoots with the legendary Mountains of the moon – the Rwenzoris rising to 5,109m above sea level with snow capped peaks in the back ground.  Queen Elizabeth National Park is a notable destination and home of the four of the Big five namely Lions (including tree climbing lions), Leopards, Buffalo and Elephants, the majestic Kazinga Channel with its fascinating River Safari and over 606 species of birds.

The en route stop at Uganda Equator crossing Kayabwe is always incorporated in the safari trips to Lake Mburo National Park, Mgahinga Gorilla and Bwindi Impenetrable National Parks and Queen Elizabeth National Park and has not been at any point a disappointment.