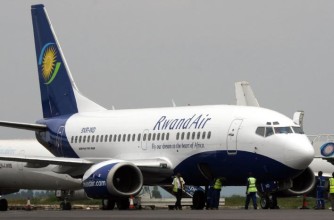 The transport aspect is considered as a pivotal component in the tourism industry as it facilitates travelers including Rwanda safari undertakers to transfer from the origin to the destination via the transit zone. It is a contributory factor to the tourist overall experience as it is considered part of the trip. Though transport role range from being a transit facilitator to becoming a tourist product itself like scenic trains, it can generally be regarded as a pivot to tourism growth at a given destination and enhancing its visitation like increasing safaris to Rwanda.
Rwanda is by no means an ordinary safari destination considering her tourist activities that include; gorilla trekking in Volcanoes National Park, Chimpanzee trekking in Nyungwe National Park and wildlife safaris in Akagera National Park. Thus, the role of transport is greatly appreciated in Rwanda. It is against this background that Rwanda is embarking on the rapid expansion of transport infrastructure particularly the aviation sector which closely linked with tourism. Rwanda has considered the upgrading of the following airports to facilitate the easy transfer of those on safaris in Rwanda; Kigali International Airport, Kamembe regional Airport and Bugesera International Airport. The efforts to upgrade Kigali Airport are set to be realized by next month while Kamembe regional Airport is set for March 2015.
Rwanda Civil Aviation Authority figures shows an increase in passenger traffic at Kigali International Airport at 30% that is from 377,327 in 2011 to 488,903 in 2013 among which include Rwanda safari undertakers. This figure gives average weekly flight traffic at 300. The efforts to cope up with this increase will see the terminals increased from two to six while the runway will be extended to 4.2km from 3.5 km. The Bugesera International Airport is set to reduce the traffic concentration at Kigali Airport and its first phase of construction is undergoing expected to end in 2017 at a cost of $600 million of which upon completion, will be able accommodate 1.8 million passengers annually including those undertaking Rwanda safari while the upgrade of Kamembe Airport will enhance the connection of travellers on safari in Rwanda to Nyungwe National Park and Congo’s Bukavu area. This expansion in infrastructure is seen as a big step towards increasing safaris to Rwanda and eventual expansion in the tourism sector and the economy of Rwanda in general.
Rwanda safaris/Rwanda safari News
Prime Uganda safaris & Tours Ltd safari News