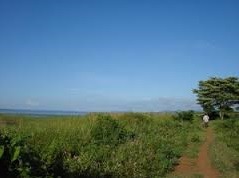 Lira came to be known in terms of tourism after taking the privilege to host the 2015 Word Tourism Day on the Sept 27th that pulled a range of participants including the Uganda safari undertakers to travel to Lira to be part of the exhibitions and celebrations that were on going
The local people in Lira demonstrated that they had little awareness about tourism development, its like contribution to the national economic growth and development and the possibility of presenting the one billion opportunities. The Uganda safaris that were organized at subsidized rates to Murchison Falls National Park and the intense community sensitization about the issue of tourism worked a lot to entrench the aspect of travel and appreciating tourism among the Langi who greatly inhabit Lira and the neighboring districts.
Uganda was joining a team of 161 countries that are members of World Tourism Organization to celebrate the significance of Tourism to national and global development. Considering the fact that Tourism stands at 9.9% of the Gross Domestic Product contribution generating jobs to over 530,000 people with annual 20,000 job making, tourism in Uganda is by no means ordinary and the safaris to Uganda are the key to national transformation.
The week-long event made the local people to realize that for long they have been sitting on gold and resolved to identify the products that would draw travelers on safaris in Uganda to their area. The Barlonyo Memorial Site is a living testimony of the Lord’s Resistance Army brutality in northern Uganda. Over 300 civilians lost their lives and over 500 children were abducted when the camp was attacked by the Kony rebels. The travelers would be willing to pay a humanitarian tribute to the people that lost their lives and extend a hand to help the remnants.
The Footprint of Olum where by the Olum was notably the first man on earth as per the Langi legend and is noted to be father of Labongo and Gipir the fathers of the northern tribes of Uganda. Olum’s foot print called Got Ibuje in the local language is noted to be on the hills of Apac Mountain thus presenting not only heritage but also amazing scenery combined with flora and fauna that would greatly derive exciting memories to the travelers on tours in Uganda.
The Kangai found in the district of Dokolo is the area where the famous King Kabalega of Bunyoro and King Mwanga of Buganda got arrested for resisting against colonial rule. They were exiled and died under mysterious conditions. It is a historical place that brings together the south, west and the north of Uganda and the European world to memorize their imperialistic endeavors.
Kungu in the district of Apac stands as the initial point where the initial Christian Missionaries entered the sub region of Lango. It marks the beginning of transformation, the commencement of education, western religion along with the coming of colonial rule thus marked with great controversy among the inhabitants.
Lira and the Lango Sub region in general also feature great personalities that have shaped the history of not only Uganda but East Africa and Africa in general. Among these include; John Akii Bua who was the first Ugandan gold medalist, the Field Marshal Okello who is known to have led the Zanzibar revolution ousting the Arabs with only his club and the Apollo Milton Obote commonly known as the father of this nation because of his significant work to the independence of Uganda and that of African states in general. These combine to make the Lango region worthy inclusion in the travel package while planning a safari to Uganda.