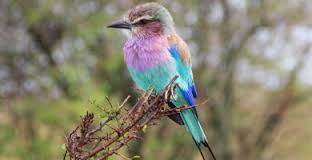 Uganda is known to be the number one birding spot in the whole of Africa with more bird counts per square kilometers unlike any other African country which has led birders to undertake safaris to Uganda. Most of these birds thrive in Uganda’s protected areas including Kibale, Semuliki, Bwindi Impenetrable, Murchison falls, Mabamba swamp, Queen Elizabeth among others which are always visited by birders while on safari in Uganda.
As a result of this bird coverage, Uganda has championed the big birding day where bird lovers spend the whole day exploring the birds of Uganda. The event became famous and gained momentum with time and by 2009 the big birding day became an annual event marked on the country’s tourism calendar. This year, Uganda Tourism Board in partnership with Uganda Wildlife Authority and Nature Uganda has partnered to make this event memorable to both local and International Uganda safari undertakers with interest in birds. The date which is marked on 29th November 2014 with the theme: Birds and People, Friends for life have been designed to generate lasting memories to bird lovers.
The entrance to the protected areas has been declared free for all visitors. This is designed to allow extensive birding opportunities since most of the bird species dwell in protected areas. The general bird list of Uganda stand at 1,060 species in a geographical spread of about 236,000m2 representing almost a half of the bird species that can be traced in the whole of Africa.
In celebration of this year’s birding event, famous International birders are destined to Uganda including Dominic Mitchell, the founder and Director of the Europe’s lead magazine for keen birders – the Bird watch and Tim Appleton the co – founder of British Bird Watching fair from UK and USA’s Bill Thompson. Besides these International bird specialists, a team of 100 equipped and well trained bird guides will lead various groups to bird hot spots of Semuliki, Queen Elizabeth to mention but a few. The counting of birds will also be involved and the outcome will be announced at the lush event on 6th December at the Uganda Museum. This event is thought to raise awareness about Uganda as a birding destination which will in turn diversify the Uganda safari undertakers to include good number of birders alongside the traditional wildlife safari, gorilla safari and chimpanzee trekking safari undertakers.
Uganda safaris/Uganda safari News
Prime Uganda safaris & Tours Ltd safari New-