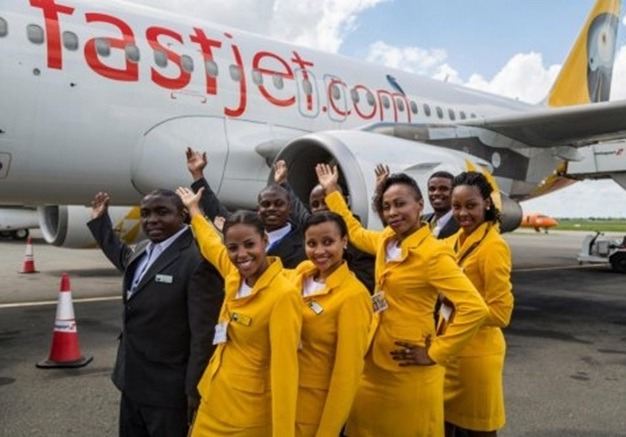 Fast Jet one of the re-known low cost carriers on the continent of Africa and a darling to many travelers including those on safari to Uganda is commemorating a two million passenger hit.

The Airline is convinced that the achievement is an indicator of its penetration in the hearts and minds of the first and repeat clientele in the destination Tanzania including those that connect from their Uganda Safaris and tours along with the other countries in East and South African region.

The Fast jet carrier records to have operated 21,800 flights at both domestic and International cheaper fares growing its fleet to five (5) A319 aircrafts according to its Tanzanian General Manager John Corse. The scheduled flights have been increased to over 250 on return basis per week across its network culminating into considerable affordability and accessibility to a range of passengers invigorating them to travel frequently for business and leisure including taking gorilla trekking safaris in Uganda.

Following its launch in the month of November 2012, Fast Jet has been operating the domestic routes that join Mwanza, Dar es Salaam, Mbeya, Kilimanjaro and Zanzibar in its home country of Tanzania and a range of International routes using Dar es Salaam as its hub connecting Lusaka in Zambia, Entebbe in Uganda, Johannesburg in South Africa, Nairobi in Kenya and Victoria falls and Harare in Zimbabwe.

The Fast Jet two millionth passenger was Peace Mteketa Matovu a citizen of the Republic of Tanzania and the airline’s most busy destination from its hub Dar es Salaam is destination Mwanza with a count of close to 829,000 passenger flow since its launch.

The commitment of the carrier to the stimulation of tourism and business on the continent of Africa is visibly seen in its provision of unmatchable low cost carrier services that are first of its kind in the region. In the Uganda’s tourism field, the carrier is hailed for operating direct flights from Kilimanjaro to Entebbe and Vice versa which makes it easier for the travelers interested in safaris in Uganda and Tanzania to transfer easily.  As a result of its remarkable services in terms of safety, affordability and reliability, Fast Jet was recognized at 23rd Annual World Travel Awards held in Zanzibar as the leading low cost carrier.