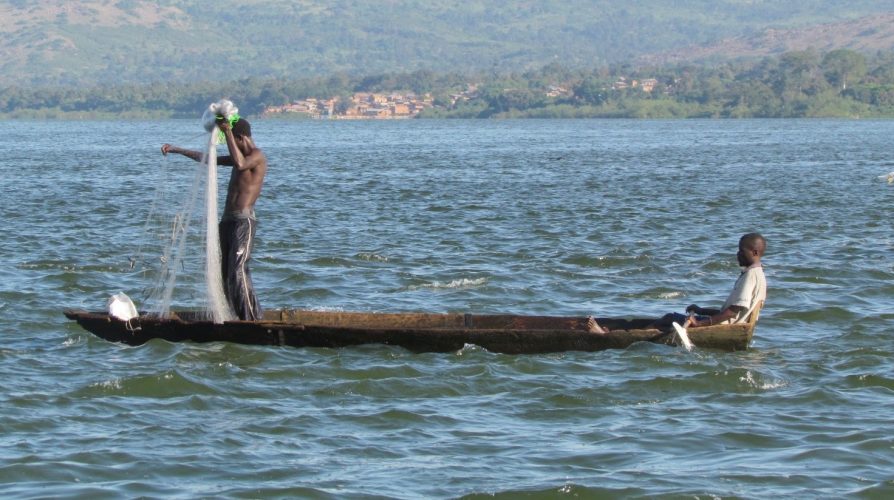 Uganda is noted among the beautiful nations of Africa with her beauty embedded in a range of aspects including the amazing scenery, the hospitable people, the famous mountain gorillas and great water masses and flowing rivers and streams that have attracted the world travelers to undertake safaris to Uganda.
Located on a raised plateau that is positioned in between the western and the eastern arms of the Great East African Rift Valley, Uganda features the potential to develop great water Uganda safaris including fishing safaris. Holding the semi desert section of the country aside, it can be noted that a considerable section of Uganda features adequate water and fertile soils. Uganda features close to 25% of her total surface under water. Lake Victoria stands as the largest lake and is shared by the neighboring Tanzania and Kenya. Other major water bodies include; Lake Albert to the Congo border, Lake Edward also to the Congo border, Lake George and the swampy Lake Kyoga all offering the magical fishing safaris in Uganda. The Nile River which stands as the world’s longest arises from the Lake Victoria starting from Jinja following the northern direction until it flows out the country at Nimule also presents magical opportunities for fishing.
Since the year 1997 when the launching of the initial boat occurred, a range of months are greatly spent on Lake Victoria with world’s fishermen connecting from all over the globe to undertake magical Nile Perch and along the river Nile in the Uganda safari protected area of Murchison Falls National Park with the fishermen exploring the best spots to undertake their adventure and have found them.
The Nile Perch which weighs between 20 – 180 pounds in terms of size is noted to be largest fresh water game fish in the continental lands of Africa and notably the main catch on Victoria Lake. The commonly used method is trolling with lures. The required fishing gear is always provided though the travelers are free to carry their  own equipment if they so wish.
The Fishing trips in Uganda especially on Lake Victoria can be enjoyed by all the participants including those that are venturing in it for the first time and those in quest of new destinations. The trips are organized on half day arrangement where the fishermen can opt for either morning or the afternoon and then the full day experience is not spared either for those looking for total immersion in the Uganda safari tour wonder.
The Murchison Falls National Park fishing experience involves fishing using the live bait or lure casting and the Nile perch along the Cat fish species are among the day rewards. The encounter is undertaken on the River banks and on the boat to the bottom of the falls. In Murchison, some level of experience and the physical fitness is considered as an advantage as a result of the terrain.
Besides along the River Nile in Murchison and Jinja and Lake Victoria in Entebbe and Ssese, Uganda also offers fishing experience in Lake Mburo National Park at the Mazinga landing site on Lake Mburo offering the Tilapia rewards.