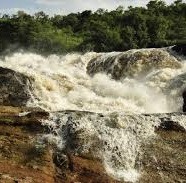 The issue of environmental protection is a matter of concern as it is a pivotal issue not only in averting the threat of global warming but also to ensure the sustainability of Uganda safari products. The German Government has based on these to call upon Uganda to double her efforts regarding investment in protection of environment.
The German Ministry of Economic Corporation and Development official Mr. Christoph Rauh noted that tourism which is apparently the number one export earner for Uganda as a result of counts of revenue that are generated from travellers that undertake safaris in Uganda is under threat provided the government fails to allocate the adequate funding to environmental protection.
The tourism potential of Uganda is enormous but with no clean and protected lakes, rivers, national parks where packages like wildlife safaris and gorilla trekking safaris always feature, the tourism sector is threatened.
This was made at the implementation of International Water Stewardship Program in Uganda which is supporting the River Rwizi catchment management in Mbarara District. The Germany’s initiative is hailed for supporting the reclamation of more than 200 hectares of wetlands in Mbarara and Sheema districts. In addition, Germany, Coca Cola system and UK Department of International Development have teamed up to enhance the livelihood of communities along River Rwizi catchment and ensure sustainable water management of River Rwizi. The partnership which is meant to last three years is estimated at Shs. 1.5 billion. This is a step towards conserving the attractions that will continue to pull travellers to plan safaris to Uganda.
Uganda safaris/Uganda safari News
Prime Uganda safaris & Tours Ltd safari News