Giraffes to be introduced in Lake Mburo-Uganda Safari News

Home » Giraffes to be introduced in Lake Mburo-Uganda Safari News 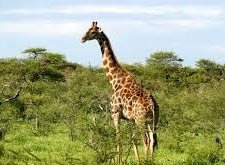 Lake Mburo National Park situated in the western part of Uganda will be highly gaining from the new developments and innovations from Uganda Wildlife Authority of moving wildlife species from one protected area to another. According to Mr.Jossy Muhangi the public relations of Uganda Wildlife Authority, the new developments will start with the transfer of twelve (12) giraffes from Uganda’s largest protected area -Murchison Falls National Park to Lake Mburo National Park this very year. This is aimed at increasing the number of domestic and international tourists under taking safaris to Uganda’s Lake Mburo national park. The new innovation is also purposed to make Lake Mburo national park a famous Uganda safari destination just like Uganda’s Murchison falls and Queen Elizabeth National Parks.
Lake Mburo national park though small has been unique protected area in Uganda from other national parks due to  its ability to house impalas, Zebras that are rarely sighted in other Ugandan National Parks and therefore with the introduction of giraffes to this small national park, the total number of visitors both domestic and international are estimated to rise and also most likely the number of days spent by visitors on Uganda safari tours to lake Mburo National Park by individual tourists will also increase since the park will have more attractions and tourists activities than it used to be.
Whether this new developments or project will yield positive or negative results remains a critical question to be critically tackled by me and you as the fact can’t be ignored that the establishment of Lake Mburo National Park was through a struggle between the government and the local community who used to directly benefit from grazing their local animals in the park land and never supported the idea of creation of national park. This later resulted to serious poaching and poisoning of all lions that used to live in the park and hence lets hope that history will not repeat its self.
In 2014, Uganda Wildlife Authority thought of unique ways of pulling more visitors to undertake safaris to Uganda’s Lake Mburo National Park and they concluded by introducing a pride of lions but the few visitors who have under taken Uganda safari tours to the National Park confess that they have never had an opportunity to encounter the lions while on any game drive but only hear them roaring at night. This looks like the project or new development has not yielded or offered positive results as expected but time will tell if they will copy up with the new environment they are introduced. Particular Questions on whether these giraffes will survive on a small piece of land cover by the park are about to rise and also we are yet to hear how the local community will react to this new development.
Lake Mburo National Park is the only national park in Uganda easily accessed by any visitor staying in Kampala the Capital city of Uganda and therefore if such innovations or new development work out, then we are most likely to have many visitors under taking Uganda Safaris to Lake Mburo national park. If the innovations work out, it will help to reduce the lame excuses put forward by visitors that Lake Mburo national park has less attractions to encounter on Uganda Safari. Also more visitors mean more revenue through park entrance fees, fees collected from different activities like boat cruises, walking safaris and furthermore, increased bed nights for lodges in the National Park such as Mihingo, Lake Mburo Safari Lodge, Rwonyo camp, Arcadia cottages, among other lodges. It also literally means that, if the new innovations, yield positive results, there will be stiff competition between Uganda Safari national park since in the past years, each national park has been owning unique attractions which were not similar to others but if this concept is not put into consideration, we are most likely to witness more Ugandan national parks being ignored by most of the visitors on Uganda Safari tours since they will be sharing the same tourists attractions.
Uganda Safaris/Uganda Safari News
Prime Uganda Safaris & Tours Ltd