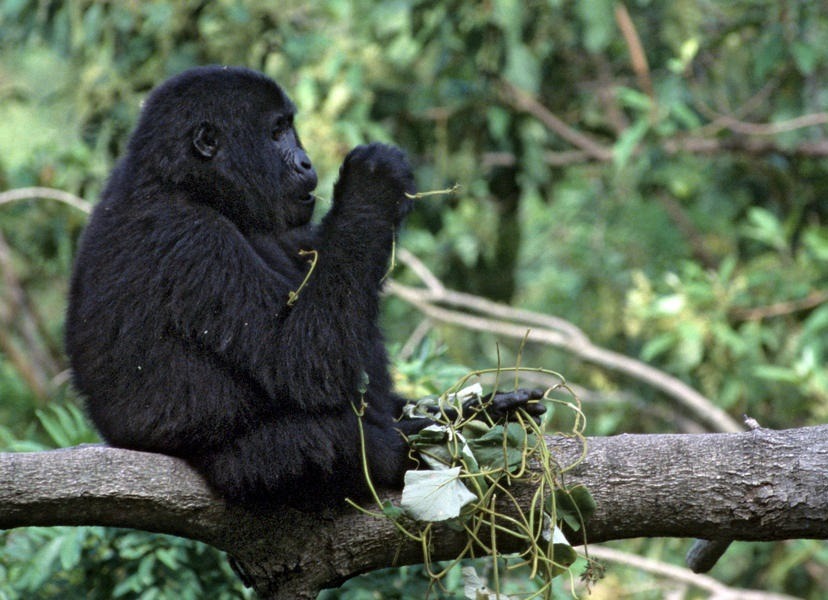 The rise of gorilla tourism including the gorilla trekking safaris in Uganda and gorilla safaris in Rwanda in the 1990s was and still seen as great foundation to the sustainable gorilla conservation efforts. The gorilla conservation as initially advocated called for conservation of mountain gorillas for their own sake other than for the benefit of other people through tourism.
The Mountain gorilla populations in the Virunga and the Bwindi had started to dwindle in past decades following the interests of the poachers and the Big game hunters. This aroused an international concern and Mountain gorilla conservation gained ground. Research and other studies were carried out on these gorillas and the idea of habituating them also came in. Mountain gorillas were habituated and in Uganda, Mubare Gorilla Family found in Buhoma sector in Bwindi Impenetrable National Park was the first one to be habituated and by 1993 it was opened up for travelers opening the gates for gorilla safaris to Uganda.
The rise of gorilla tourism presented an alternative usage of mountain gorillas other than to be hunted. The local people started to get jobs in the tourism units including park rangers, staffs in lodges, porters and tourist guides. Women gained market for their crafts not forgetting market for the grown food stuffs. Revenues were secured by national governments from selling gorilla permits which in turn saved the gorilla habitats in contributed to their continued being in the area. The International big game hunters recognized the significance of such species and undertook gorilla safaris in Uganda and Rwanda not to hunt but to view the beauty of these great apes.
It is from this back ground that gorilla tourism is still seen as a perfect move to conservation of mountain gorillas. No wonder, the Mountain gorilla populations has increased to 880 unlike in the past. This has lured the national governments, private initiatives, non-governmental organization and other stake holders to work towards increasing a number of travelers that would undertake a gorilla safari in Uganda.
Uganda safaris / Uganda safari News
Prime Uganda safaris & Tours Ltd