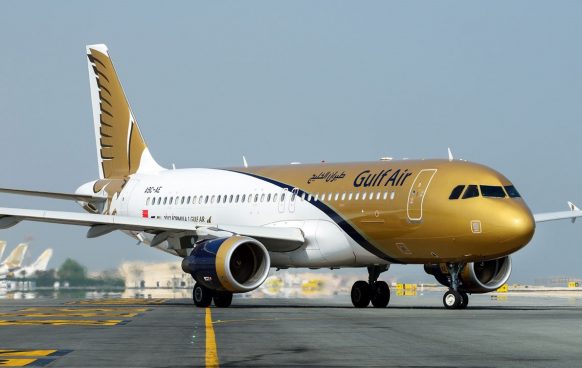 The Ugandan Government and the Kingdom of Bahrain have reached consensus to rejuvenate national carrier ( Gulf Air ) flights to Entebbe International Airport with the aim of enhancing travel between the two countries including transporting the Uganda Safari tour undertakers.

The Uganda’s Ambassador to Saudi Arabia Mr. Rashid Ssemuddu noted that the carrier which had halted operations in Uganda in the year 2012 is set to resume operations under the new bilateral agreement between the two nations aimed at increasing tourism and investment.

During the meeting with Sheikh Khaled Bin Ahmad Al-Khalifa the Bahrain’s Foreign Minister held in Kampala on Wednesday 23rd November, a range of pledges were made by the Bahrain’s representatives including assembling a business delegation from Bahrain to visit Uganda in the month of March 2017 to explore the investment opportunities and strike deals with the local partners.  The King of Bahrain Sheikh Hamad Bin Isa Al Khalifa is also anticipated to take up a safari to Uganda in the near future.

Air Transport is noted to be at center of tourism development as it is recorded that almost half of the international travelers connect to their destinations by Air including those on uganda gorilla tracking safaris . In fact 54% of the International tourists transfer by Air.

There are a range of seventeen (17) carriers that apparently operate flights from Entebbe International Airport including the International re-known carriers such as KLM, Qatar Airways, Turkish Airlines, Brussels Airlines and Fly Emirates along with big African carriers like South African Airways, Kenya Airways, Ethiopian Airlines and RwandAir among others.  Entebbe also is a hub for domestic flight carriers like Aero link which operate scheduled flights to the range of destinations explored on safaris in Uganda.