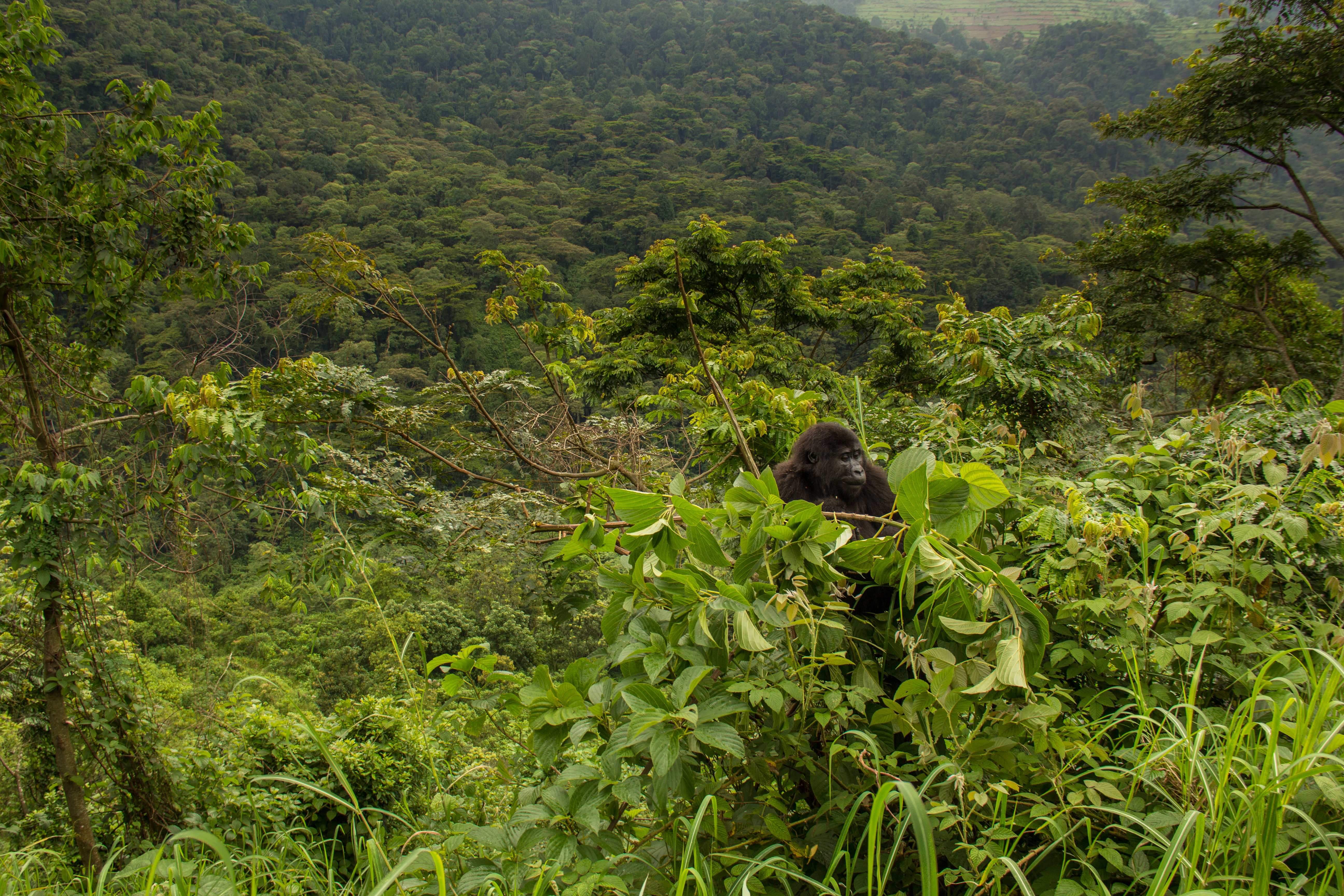 Mountain Gorillas one of the subspecies of eastern gorilla are known to thrive only in three (3) countries on a world scale namely; Rwanda, Democratic Republic of Congo and Uganda where they are explored on Uganda gorilla trekking safaris and tours.

The habitats range in the hilly forested landscapes of the Albertine rift which is the western arm of the Great East African rift valley and these habitats are recorded to be fragile and yet surrounded by one of the densely populated communities on the continent of Africa as viewed by travelers on gorilla safaris in Uganda and Rwanda Africa.

The habitats feature an altitude range of 2,200 – 4,300m and the gorilla forests are mostly cloudy, misty and cold. The mist forms the background of the slogan “Gorillas in the mist” which was popular with Dian Fossey and then later a range of Africa safari companies including Prime Uganda Safaris and Tours Ltd.