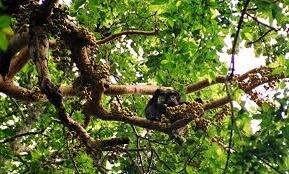 Kibale forest national park is positioned in the area inhabited by mainly two tribes identified as the Batooro who occupy the largest area and Bakiga who are the minority. The two tribes mainly depend on the park to extract some useful resources and these include timber for building as well as using as fuel, some plant life as source of food, local herbs for curing diseases,. The two tribes also have different diverse cultural beliefs and therefore spending time to have cultural encounters with the local people in this area is something tourists on their Uganda safaris should not miss participating in because it’s so much rewarding.
Uganda safari destination of Kibale national park links the tourists to the Kibale Association for Rural Environment Development (KAFRED) which is a community-based organization which was started by the local people around Kibale national park to promote local livelihoods and biodiversity conservation through ecotourism. The association targets the contribution from activities to help improve on the livelihoods of people in the nearby area to the park. A visit to a place where this association is located offers visitors an interesting cultural encounter full of memorable cultural experiences.
KAFRED is located near Bigodi wetland Sanctuary which is managed by the local people therefore during the nature walk, visitors will be directed by the local guide through the boardwalk trail in Bigodi wetland and also along the Magombe swamp wetlands. Here visitors are rewarded with the wonderful views of different primate species living in these swamps and also they can enjoy the sights and sounds of the interesting bird species since the two swamps are the main birding destination in the park. There are also numerous species of butterflies which can be enjoyed together with the uncommon swamp vegetation. At the end of the nature visitors spending their holiday safari in Uganda will have a reason as to why Uganda is called the pearl of Africa because what they encounter in just two to three hours is enough before even they proceeded to the  hospitable locals living in this part of Uganda.
Participating in the cultural encounter tours in Kibale offers visitors the opportunity to discover the daily activities and life of the Batooro who are the traditional inhabitants of the areas around Kibale national park. This can be explored by visitors on their safari to Uganda requesting their travel agents to include cultural encounters on their itinerary. The tour which starts by taking nature walks in the swam lands leads visitors to the village’s primary schools as well as churches plus even visiting the traditional healer of the Batooro local people.
Cultural encounters expose the tourist to the traditional ceremonies of the local people as well as the impressing history of Bigodi which will be told to visitors through the story of the “Village of Two Tribes”, explaining how and when the local Batooro people were joined by the Bakiga who migrated from south-western part of Uganda in the year 1950s and finally settled in the areas near Kibale national park.
The income generated from this tourism activities run by the local community association is used to build, maintain schools, health centers, sanitation as well as improving the livelihood of traditional village residents. The income which is raised is used to increase awareness and importance of conserving and protecting biodiversity and cultural traditions through music as well as drama and dance performances conducted at local schools. Thereby  confirming your safaris to Uganda it means you have feed, you educated the local Ugandans living near the protected areas like Kibale and many other places.
Uganda Safari/Uganda Safari News
Prime Uganda Safaris and Tours Ltd