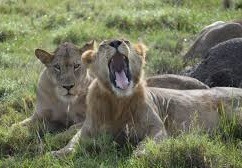 Before the decades of political turbulence, unrest, and economic slowdown which began with the regime of Idi Amin who was self-announced president for the rest of his life on earth and the introduction of the nutcase  Joseph Kony and his lord’s Resistance Army,  a small land locket country found in East Africa  the “Pearl of Africa,” and the best place  safaris and tours  stunning attractions.
Having evicted the last belonging of the warlords, Uganda is once more the best tourism destination for tourist seeking for an exclusive holiday experience. Taking Uganda Safaris to the country’s largest national park roaring with the magnificent Murchison falls and participating in the launch cruise in the wonderful tranquil waters of the Victoria River is unexplainable. The experience comes with views of the floating crocodiles-fringed in the River Nile, practicing  fishing on the fresh waters of the world’s largest lake Victoria and lining for the wonderful sights of the elephants, Buffalo’s, lions in the precious Queen Elizabeth national park really proves to the travelers that its  the pearl of Africa and hence must visit destination.
With the wonderful memories and pictures of the beautiful films like “African Queen” which was shot in Uganda’s natural vegetation, the once fallen Pearl of Africa was really the Hollywood darling that deserved visit and film coverage. However the four consecutive decades of unrest, violence which fell in the land gifted by nature left human beings displaced, wildlife in national parks killed and some parts of the green lush vegetation destroyed. This caused set back in the development of tourism industry because the number of safaris to Uganda reduced since most of the travelers in the world where scared of insecurity in the country .
The country which underwent through difficult times in the 1970s onwards, has indeed recovered and now gaining its tourism position of being the number one tourism destination in Africa which was taken by the neighboring countries during the past time of political unrest. According to the report released by UTB shows that safaris to Uganda have drastically increased and now the country boast of 1.4m arrivals in 2014 compared to the tourist arrivals in the year 2006 which were standing at 600,000 tourists. Due to the prevailing security, economic stability, and by the existence of natural green lush vegetation which has gained its old form, wild life in different in the national parks for instance the world endangered mountain gorillas, it means that visitors from all over the world should look no further than spending safaris in Uganda because the country is the number one destination in African continent.
Uganda Safaris/Uganda Safari News
Prime Uganda Safaris and Tours Ltd