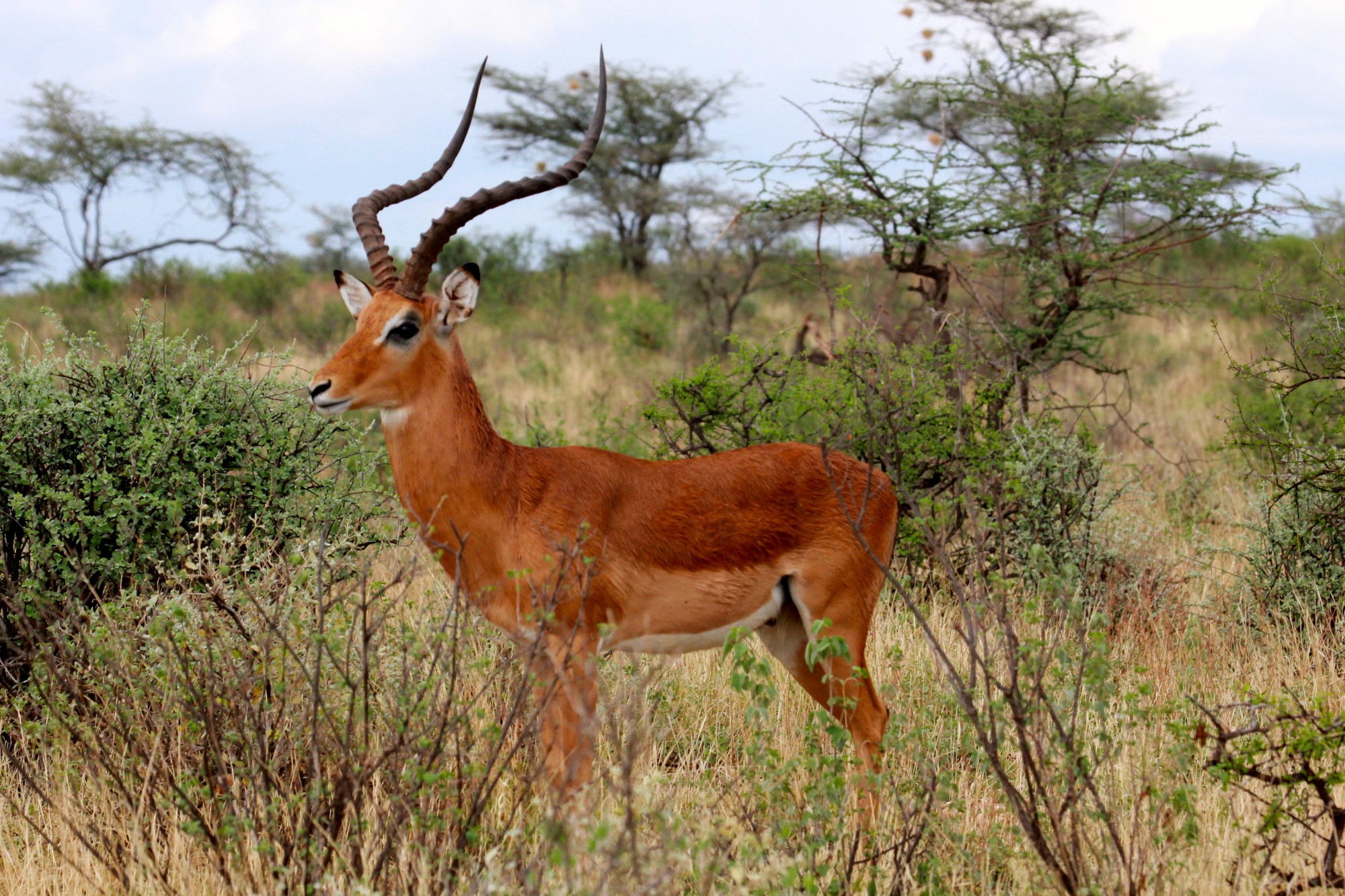 The Impala antelope scientifically referred to as Aepyceros Melampus stands as one the antelope species of medium size thriving in east and south of Africa always explored on Africa safaris including Uganda Safaris and tours.

The Impala is noted to be the only member of the Aepyceros genus and it was first detailed by Martin Hinrich a German Zoologist in the year 1812. It has two subspecies including the common Impala and the larger dark black faced Impala.

The Impala can stretch to 70 – 92cm at the shoulder height and carries a weight of 40 – 76kg marked with a reddish brown coat as viewed on safaris in Uganda. The male Impalas feature slender horns with lyre shape stretching from 45 – 92cm in length.

The Impalas are noted to be active during day time and can be territorial or gregarious basing on the geography and climate that they thrive in.  The three social groups can be observed among the Impala including; bachelor herds, territorial males and female herds. They are notable grazers and browsers with their food stuff constituting dicots, monocots, fruits, forbs, acacia pods and fruits depending on availability.

Every year, the impalas experience three (3) week long rut starting towards the end of the dry season especially May. The rutting males fight over dominance and the winner establishes courtship among the females in the oestrus. The gestation lasts six (6) months after which the calf is born and hidden. The calf takes 4 – 6 months suckling and though the young males can be forced out of the group, the females can stay as one can explore while on safari in Uganda.

While on Uganda Safari tour, the entelopes can be viewed in the famous Lake Mburo National Park 240km about 3 – 4 hours drive from the country’s capital Kampala.