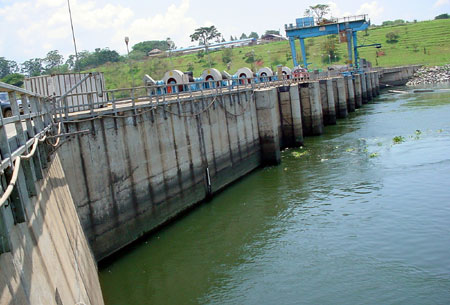 For the travelers on Africa Adventure Safaris in Uganda, the sight and sound of Kalagala Falls has been a profound experience that would generate Ultimate Africa safari memories.

Considered among the best rapids on global scale, the Kalagala Falls is one of the fascinating Uganda Safari features that have always attracted both local and international visitors among which include the professional kayakers.

The contention is rising following the construction of Isimba Dam – an energy project aimed at generating 182 mega watts of Electricity. The Government’s move to undertake this project is motivated by the desire to generate additional electricity since only 20% of the population have access to it.

The rapid at Kalagala Falls nicknamed the Nile Special Wave is very fascinating and have been a darling to many. Unfortunately, the fate of this wave is at risk as the construction of the dam would lead to submerging and flooding. The 385 million Pound Isimba Dam is likely to compromise the Adventure Uganda tour activities along the Nile River and thus reduce on the tourist arrivals in the area.